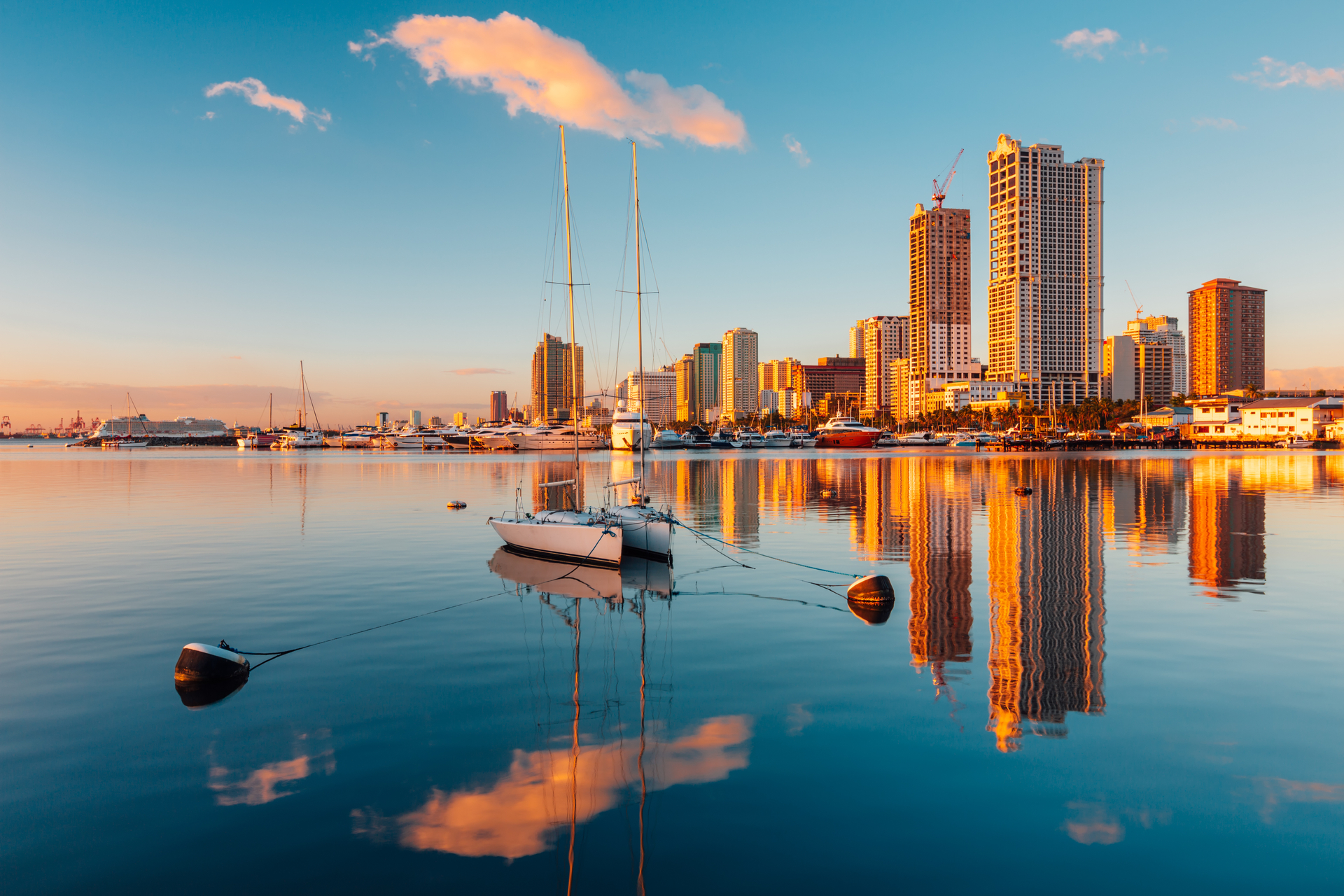 September 25
Find best flights
Only 1 child aged 0-2 per adult is allowed!
Share this

Learn more about flights to Manila 🛫
Crazy Llama will help you quickly and easily choose and buy tickets to Manila.

Manila has a reputation for overloaded, contaminated concrete jungle. Tourists often lose sight of this city and seek to go straight to various provinces or to the Philippine islands. To some extent, Manila has earned its reputation. But still, it is a rapidly developing city with a rich history. It is colorful and culturally diverse, also deserves attention.

If you have the opportunity to fly to any other airport in the country, better use this chance. Because Ninoy Aquino Airport (also known as NAIA) was at the top of the list of the worst airports in the world from 2011 to 2013, and the situation has not changed much since then.

Local infrastructure is gradually being destroyed. It is simply impossible to service all the number of travelers who arrive here. And the roads that lead to or from the airport are overloaded and cause continuous inconvenience. To be in time for departure, travelers will have to leave at least three hours before the flight.

Landing in the NAIA will most often cause you to immediately face crowds, heat, confusion, inefficient work of employees, large delays at each stage, and even sometimes with fraud.

There is good news: in recent years, the airport has made significant efforts to partially reconstruct and modernize the infrastructure. Efforts have borne fruit: now NAIA is considered only the eighth worst airport in Asia. 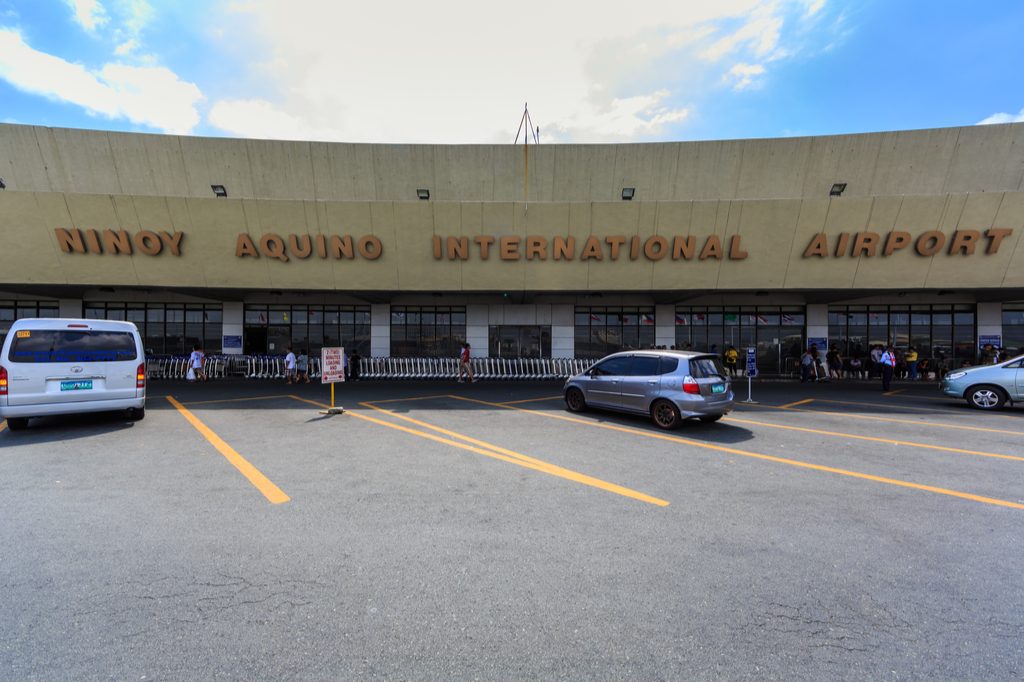 Although the airport is only 10 km away from the center, getting out of it can be a daunting task. It is best to take a taxi. Under good road conditions, you can get to the center of Manila in half an hour. But you should not rely heavily on this. And be careful when choosing a taxi itself, because there are basically 4 types of them here. One of the safest is the yellow airport official taxis. The cost is a maximum of 10 dollars. Although you can wait almost an hour to wait your turn to a free car. 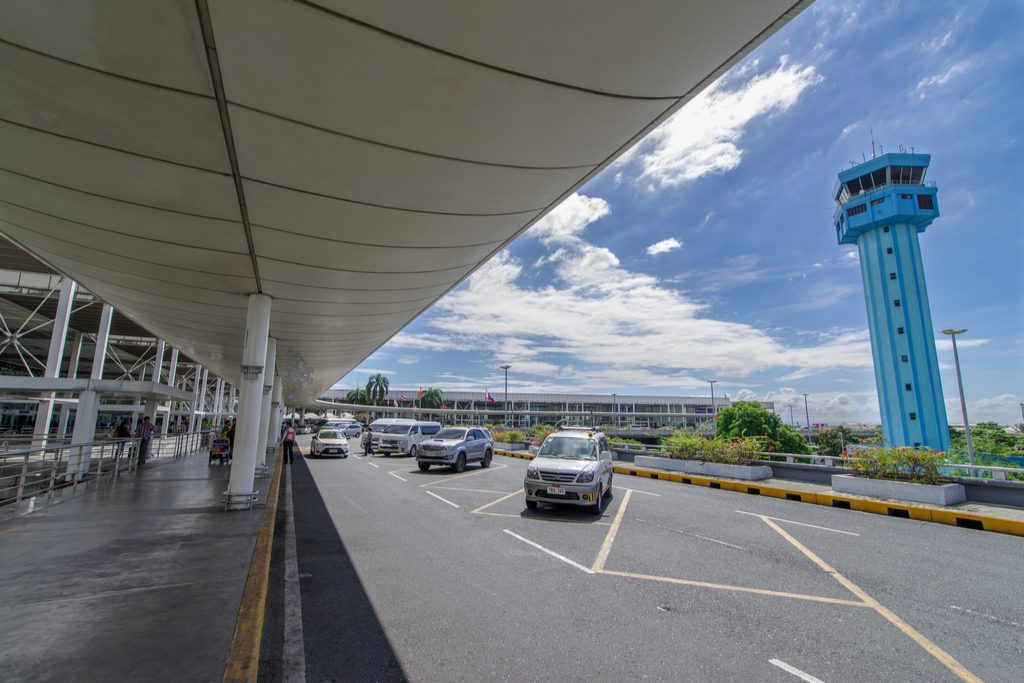 Another convenient type of taxi is the Grab app. It works on the same principle as Uber. There are two types of white taxis. One officially works at the airport and costs more than yellow. And the other white cars are the usual city taxi, with which you should be careful and force drivers to turn on the taximeter from the very first minute. 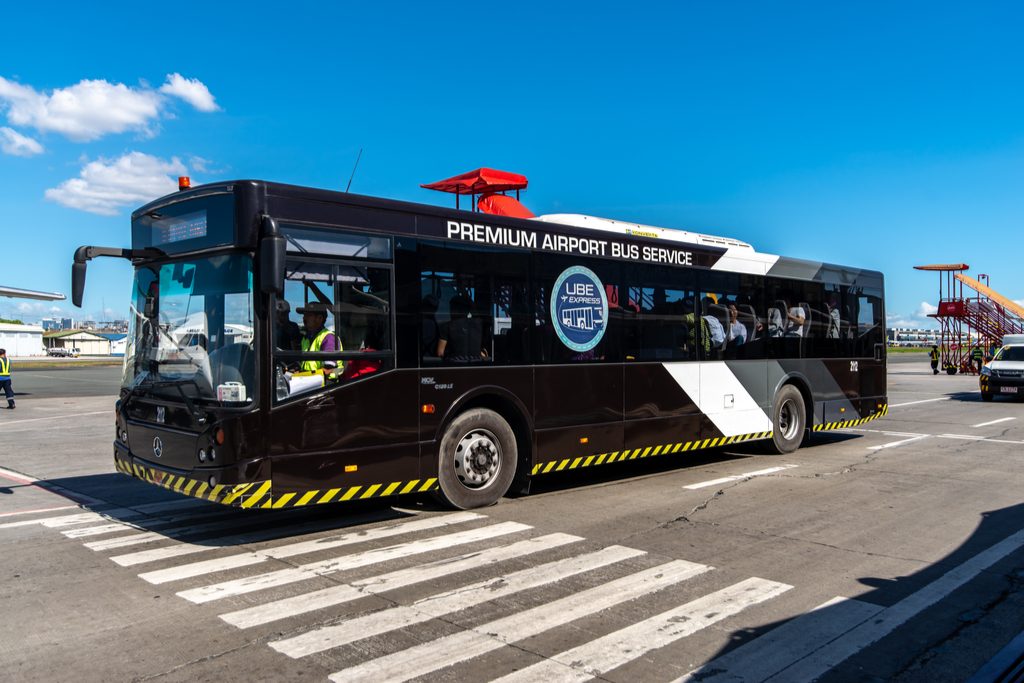 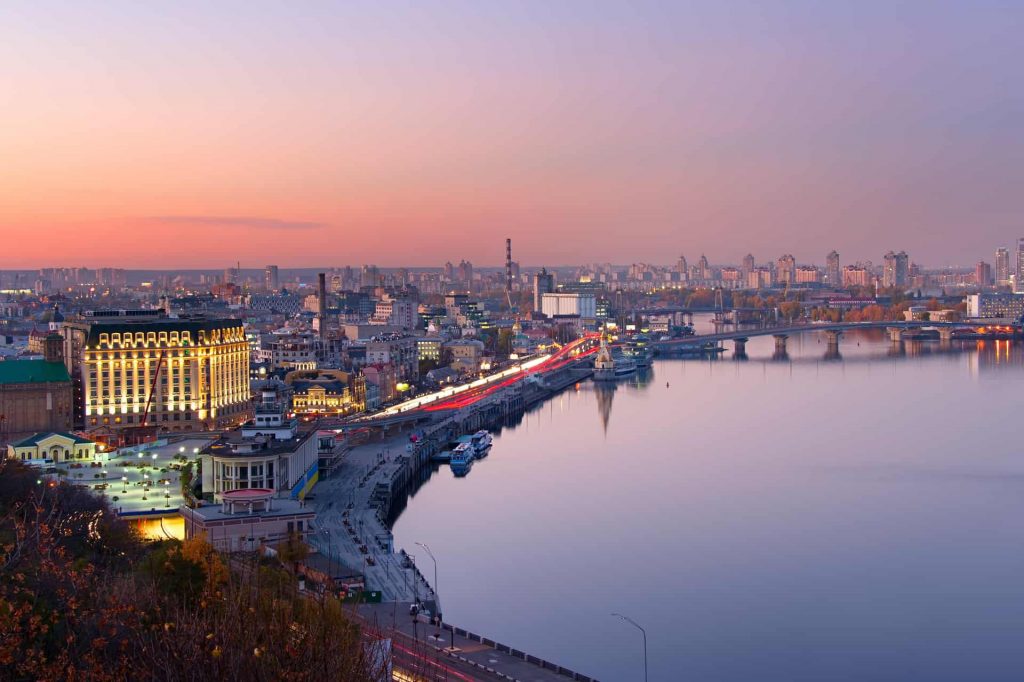 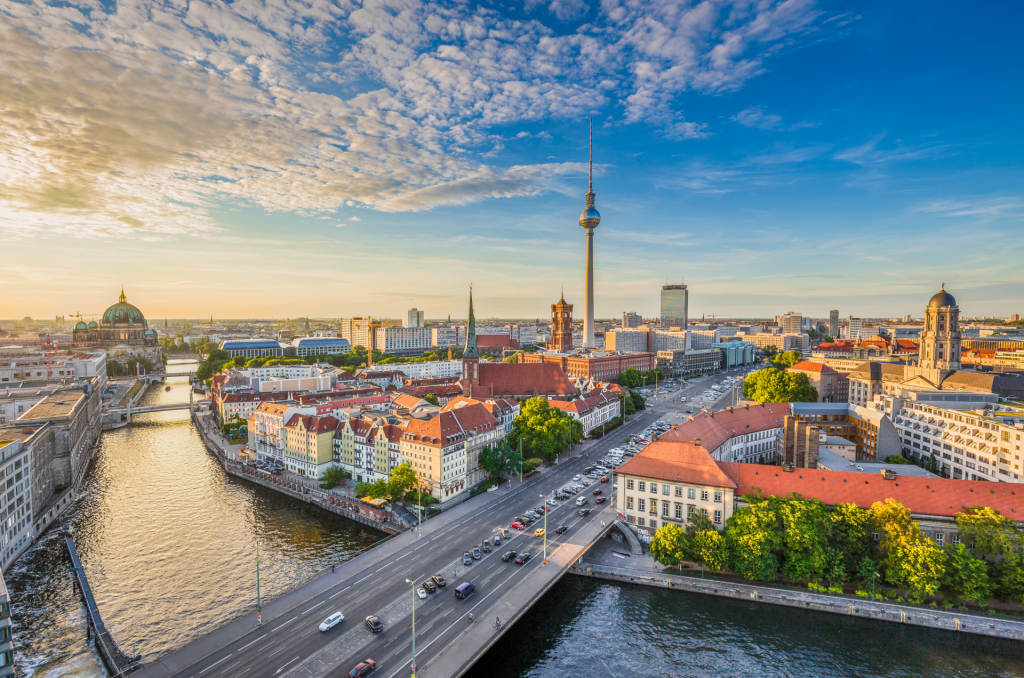 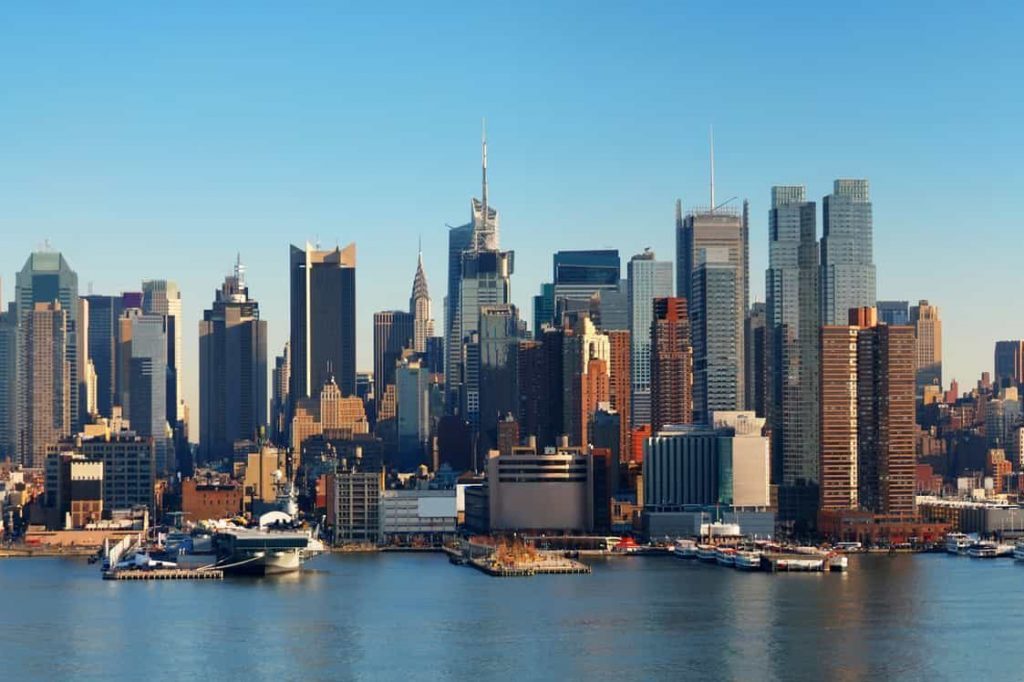 Popular airlines that fly to Manila 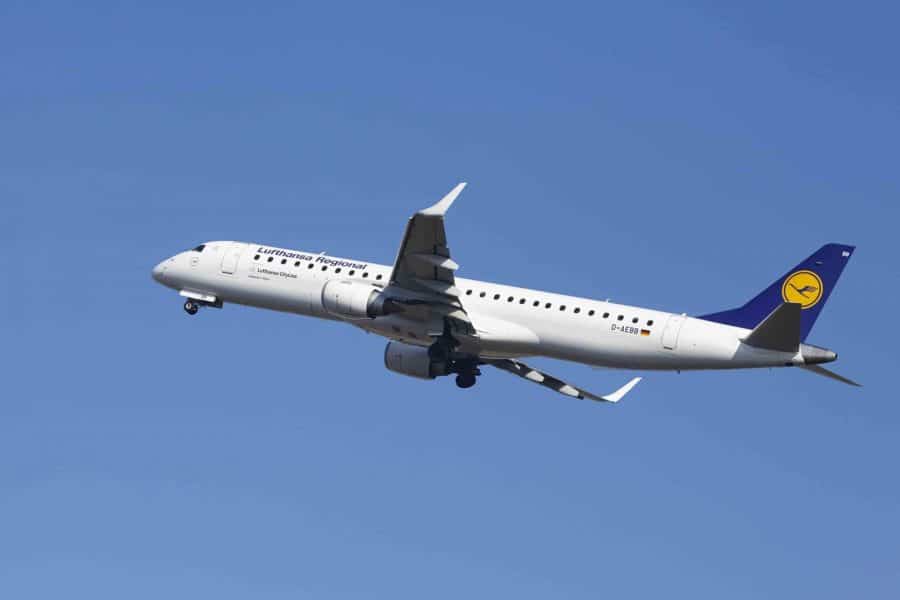 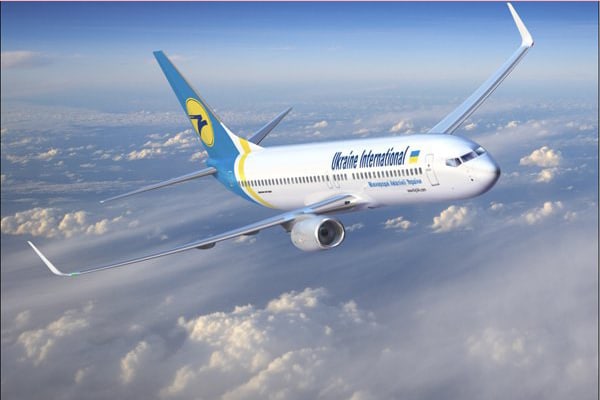 Best season to travel: January to April
Prices
Hotel from $6
Temperature
The average temperature during the year ranges from 23°C to 33°C
Precipitation
The average rainfall per year is 1742 mm
Weather

It is raining for exactly six months in Manila. And the second half of the year is ideal for traveling: there are practically no temperature drops, as well as prolonged precipitation.

Despite the low interest of tourists, in recent years Manila has become one of the most attractive cities for moving to Asia. All thanks to international companies that open their regional headquarters here. And a lot of entertainment for travelers has appeared in the city thanks to the abundance of English-speaking expats. 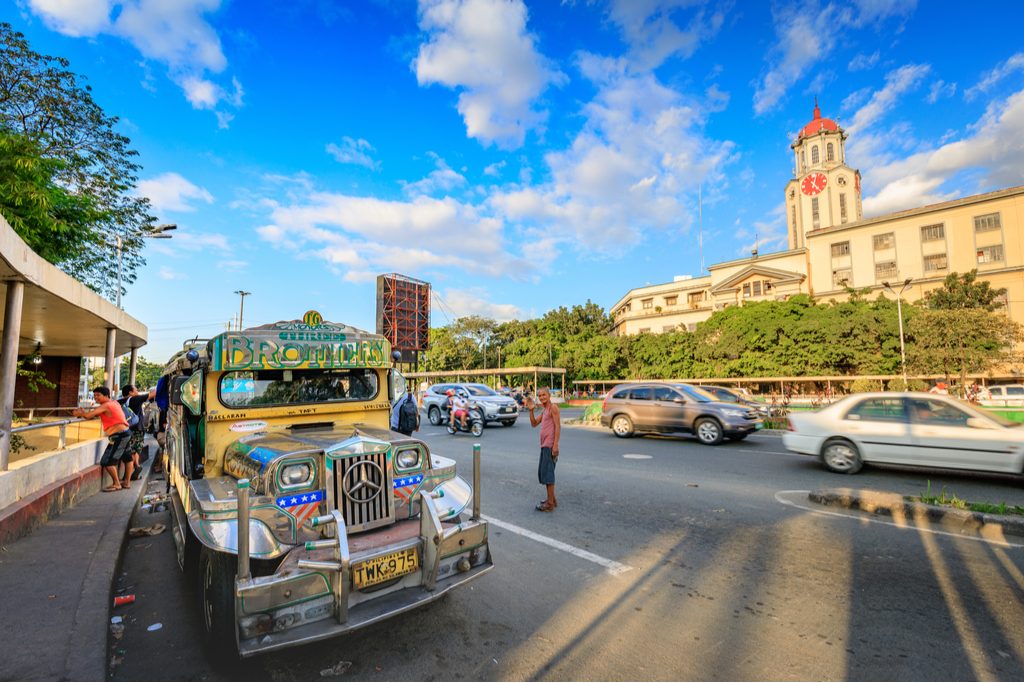 It has a great collection of art and history from the Philippines. One of the best expositions is “Ancestral Gold” with a demonstration of a rich trade and craft culture until the 16th century. The rest of the museum shows that the Philippines is much more interesting and culturally richer than it seems at first glance.

The museum was founded by the Zobel de Ayala family, which was considered the largest business clan of Manila. It was this family that made the Makati district, where the museum is located, the main business and cultural center of the city. 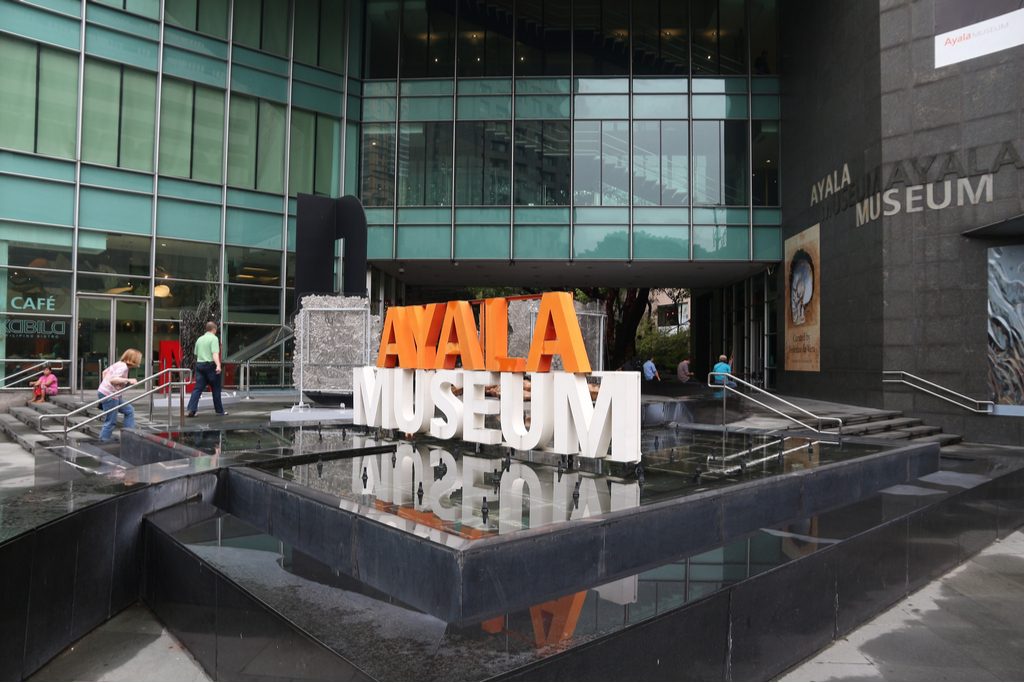 Intramuros means "inside the walls". It used to be a fortified center during the Spanish colonial era. And although most of the historic buildings could not withstand the siege of the American troops during the Second World War, a lot of building were reconstructed or rebuilt.

One of the interesting ways to get acquainted with the heritage of the Spaniards is to join a sightseeing tour on bicycles made from bamboo. They are made by the social and environmental group of activists called Bambike, who offer travel tours for little money. 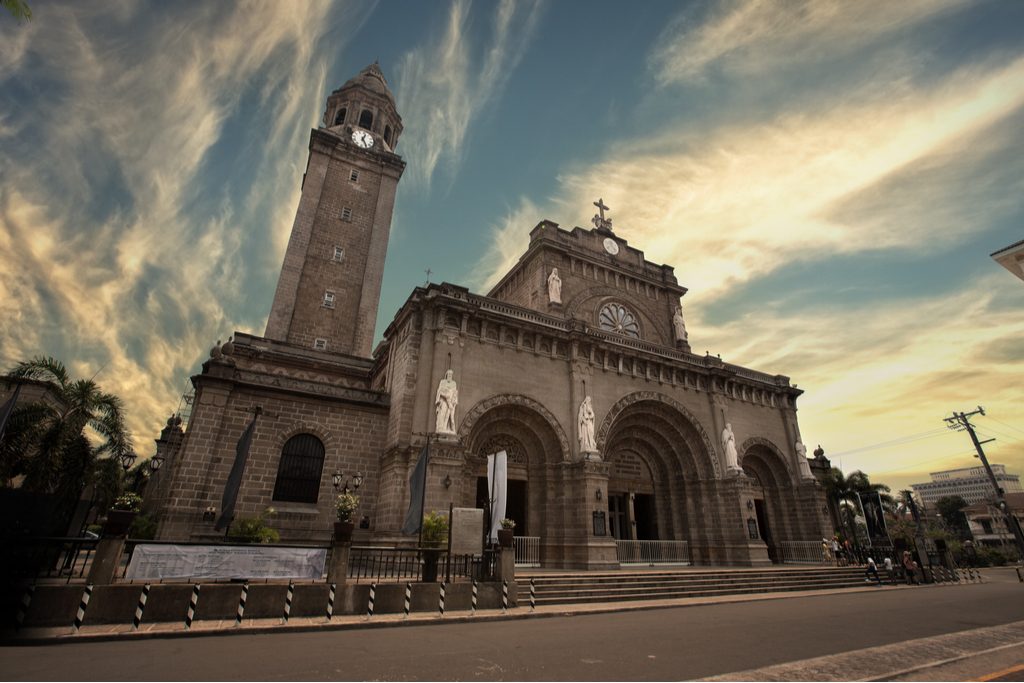 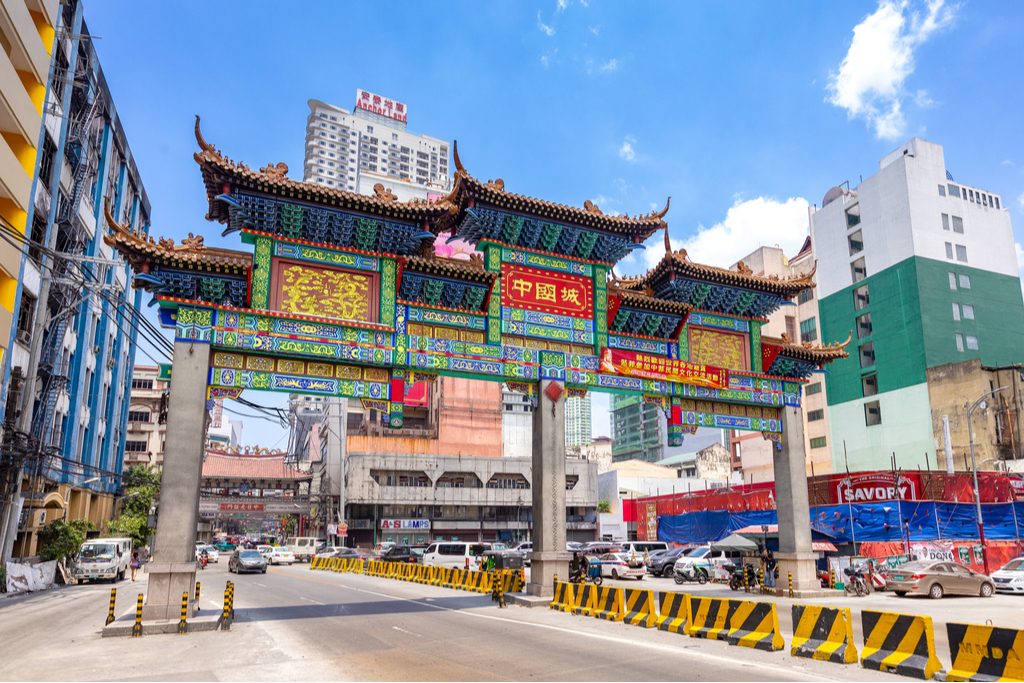 This is the oldest Chinatown in the world. All the rest can be considered only a pale copy of the one located in Manila. During the Commonwealth in the 1930s, the Binondo area received a significant boost to development. The Americans turned it essentially into one large shopping center with wide streets and beautiful art deco buildings. Now it is full of shops with Chinese goods and products. And also the best Chinese noodles for sale, according to locals. 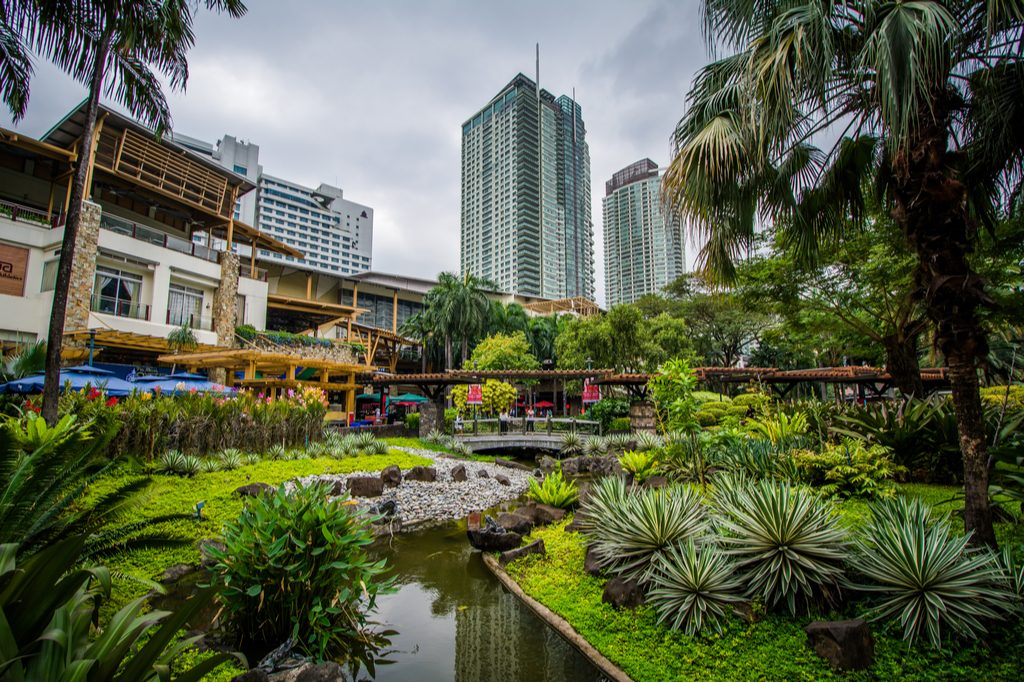 If you get bored of the hustle and bustle of Manila's business districts, you can always stroll along the lush tropical gardens of Greenbelt Park. Although this is not really a park, but a luxury shopping complex. Its green area of 3 hectares is enough for relaxing walks.

One of the interesting sights is the open-air chapel, where masses are held throughout the week. A bewitching sight and the opportunity to spy on another side of Filipino life. 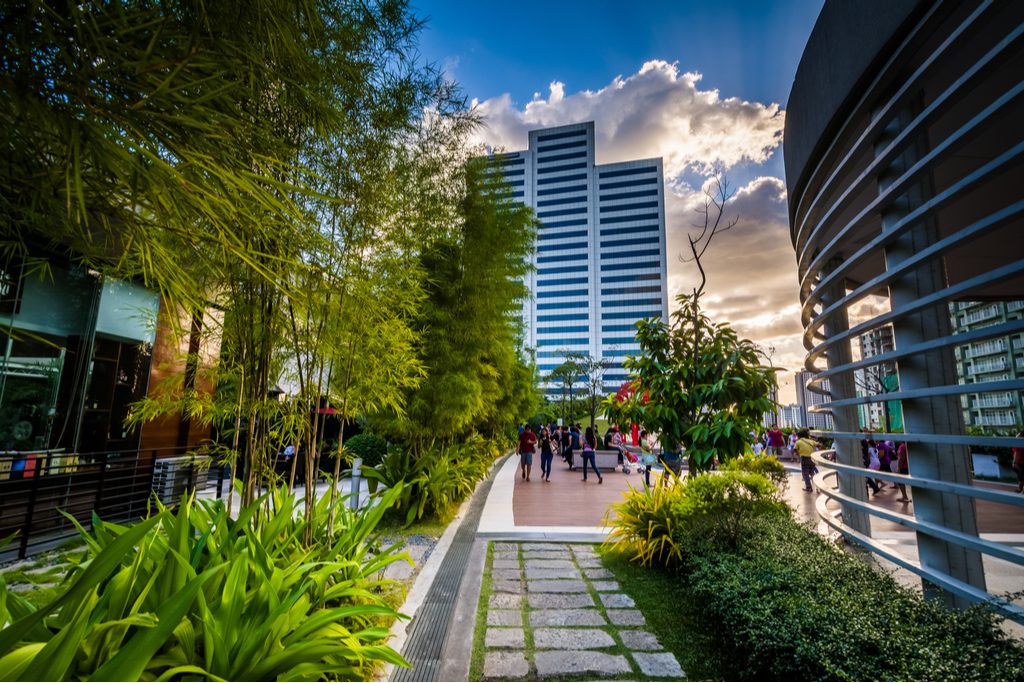 BGC is the newest and the most expensive area of ​​Manila. First of all, this is a series of business centers where the offices of the largest multinational corporations are located. Therefore, at weekends, the area remains virtually empty, and it is pleasant to walk along it.

The streets and avenues of BGC, with their huge skyscrapers and chic shops, strongly remind Manhattan in New York. However, it was the American tradition of improving business centers that influenced greatly the formation of the district. Office and residential buildings still appear here like mushrooms after rain. An amazing sight against the backdrop of a fairly simple outskirts of Manila. 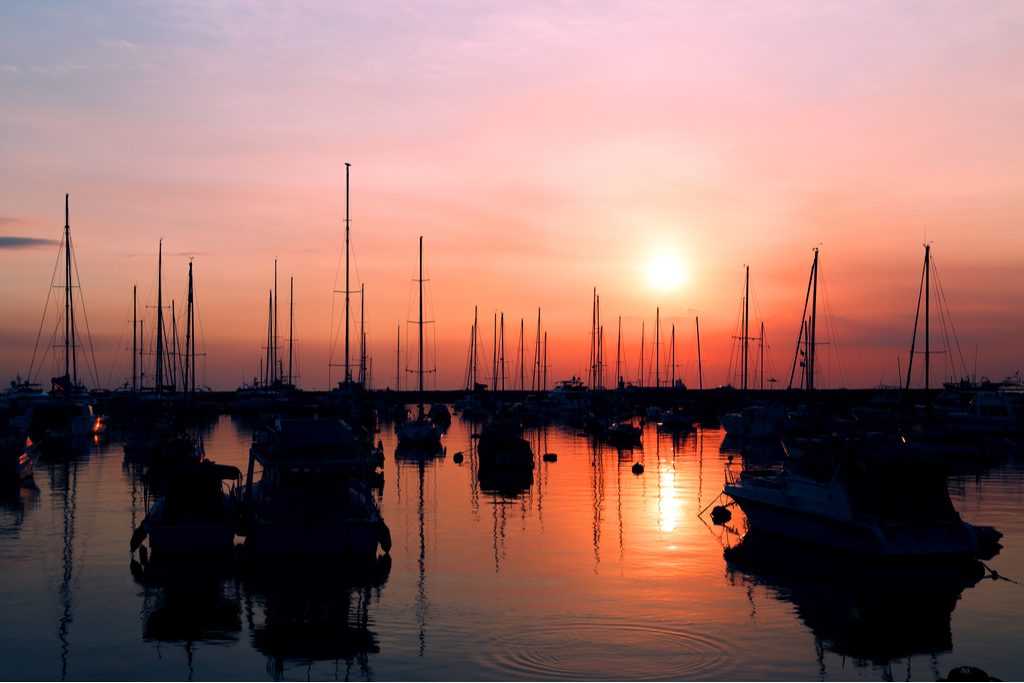 The bay stretches for hundreds of kilometers along the coast. It is especially clearly visible when traveling around the city by metro. Plan your trip closer to the coast in time for sunset. This is an amazing sight, which is worth highlighting as a separate point as a tourist attraction. The sun goes here over the water horizon, coloring everything around in crazy orange, red and pink tones. If traveling together with a loved one, on the shore of the Gulf of Manila you will be able to arrange one of the most romantic dates in life.

What to eat in Manila

Many travelers agree that food in Manila is one of the weakest places in the city. Yes, there are good restaurants with delicious food. But in general, what can be considered original Filipino cuisine has been badly spoiled recently. As in any other Asian country, in the Philippines, they eat rice, vegetables, meat and fish, but recently, under the influence of world trends, authentic food has become more and more like street food in the style of McDonald's.

However, you are unlikely to be mistaken if you try barbecue meat on street stalls. Or order fried rice with chicken in almost any establishment. Try also the traditional halo halo dessert, which is a very strange mix (and in translation this dish literally means “mix mix”) made from sweet potatoes, cream and jelly. It doesn’t sound very good, but it will surprise you. 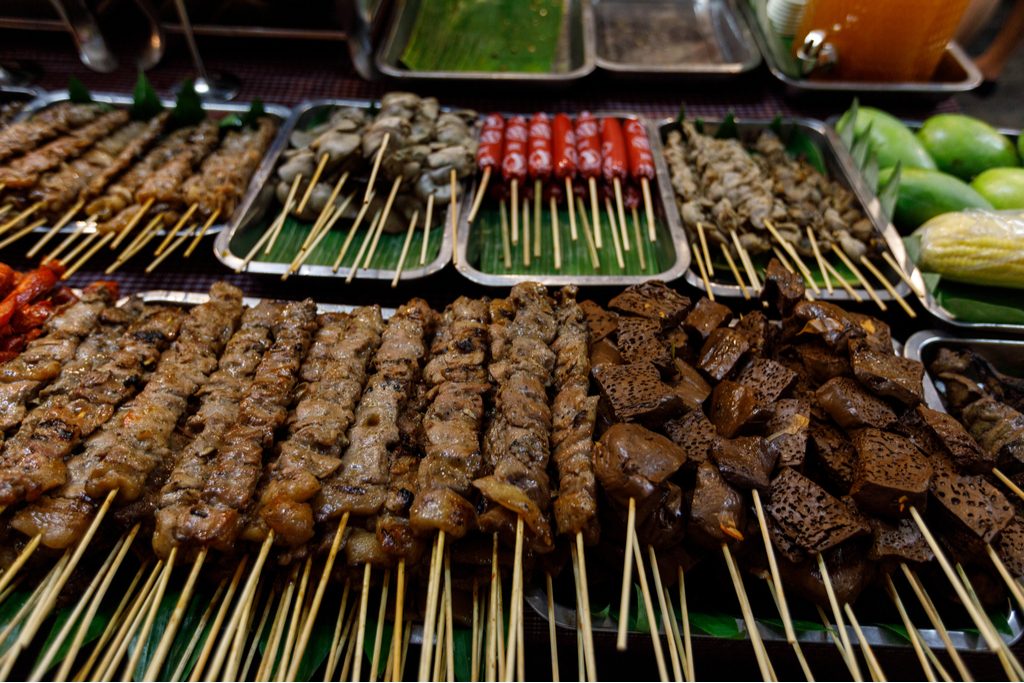 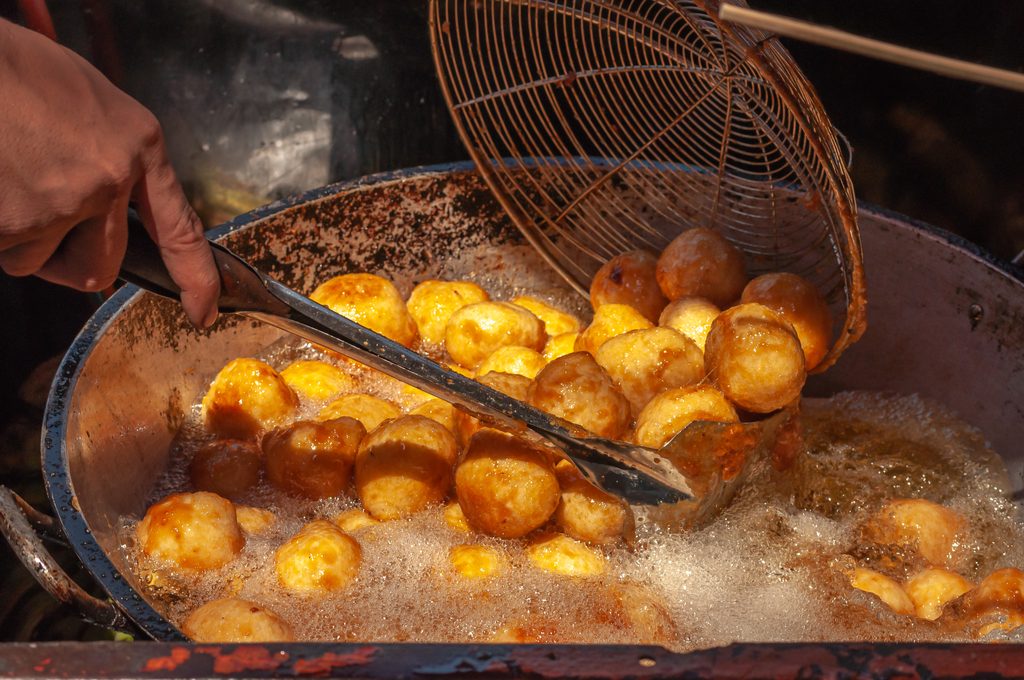 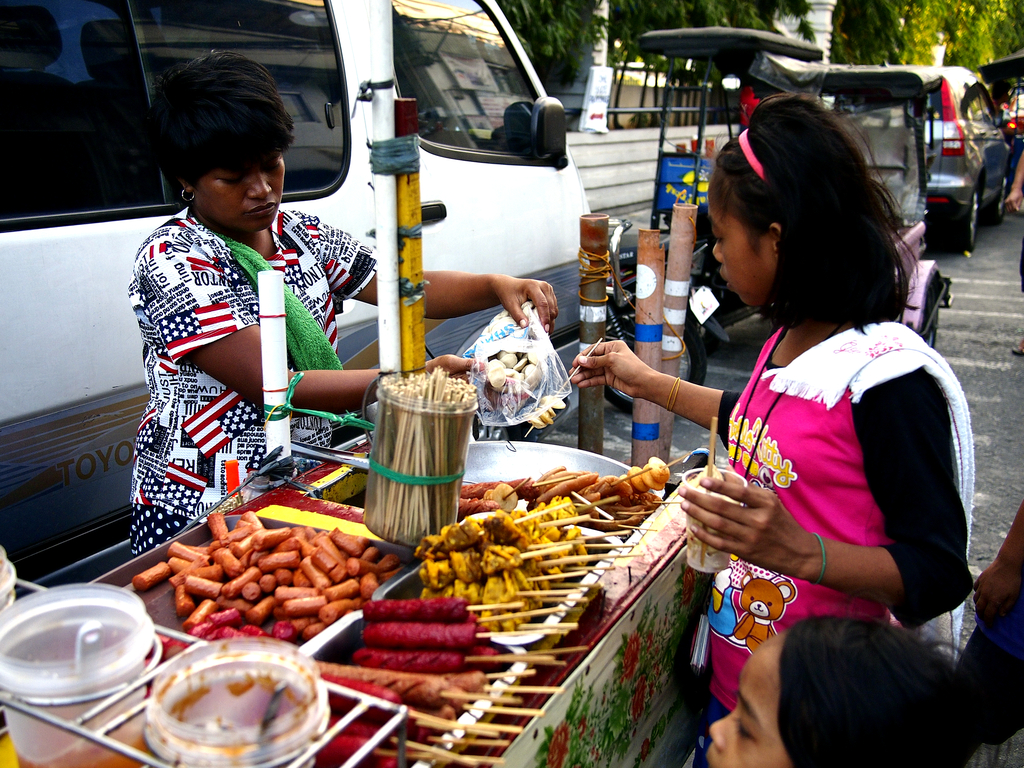 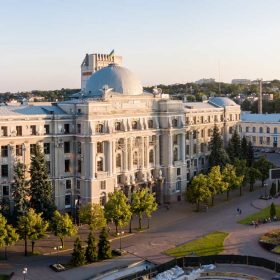 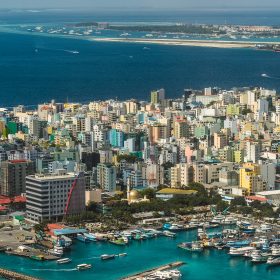 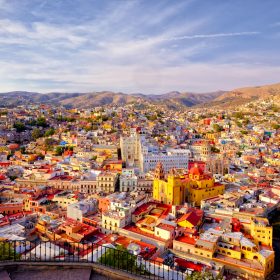