Learn more about flights to Frankfurt.

Crazy Llama will help you quickly and easily choose and buy tickets to Frankfurt! 🛫

Germany’s major international gateway, the Frankfurt airport is Europe’s busiest, and serves more than 110 countries worldwide. The airport has direct flights from many US, Canada and European cities, and is located 11km from the city centre.

The airport terminal features a variety of stores, banks and restaurants. For transportation, there are several rental car offices, taxis, a bus terminal, and the long-distance DB Rail Terminal located below the airport links to several cities in Germany as well as to neighbouring countries. Passengers can also take regional and local trains from the Regional Station below Terminal 1 to several destinations in the country. There is also the S-Bahn (light rail), which is the simplest way to get into the city under 10 minutes.

The best time to explore the city
From mid-May to mid-September when the weather is mildest
Prices
Hotels from $52
Temperature
The average temperatures range from 1.5°C in January to 20°C in July.
Precipitation
The average rainfall in a year is 648 mm.
The weather

Frankfurt has a slightly continental climate with cold winters and mild summers.

Frankfurt is the largest city of the federal state of Hesse.

Home to the European Central Bank, this city of about 746,878 residents is the fifth largest in Germany, after Berlin, Hamburg, Munich, and Cologne. With the river Main running across its middle, Frankfurt is also the birthplace of famous writer Johann Wolfgang von Goethe of the Goethe House Museum which was damaged during WWII like much of the city, and later rebuilt. 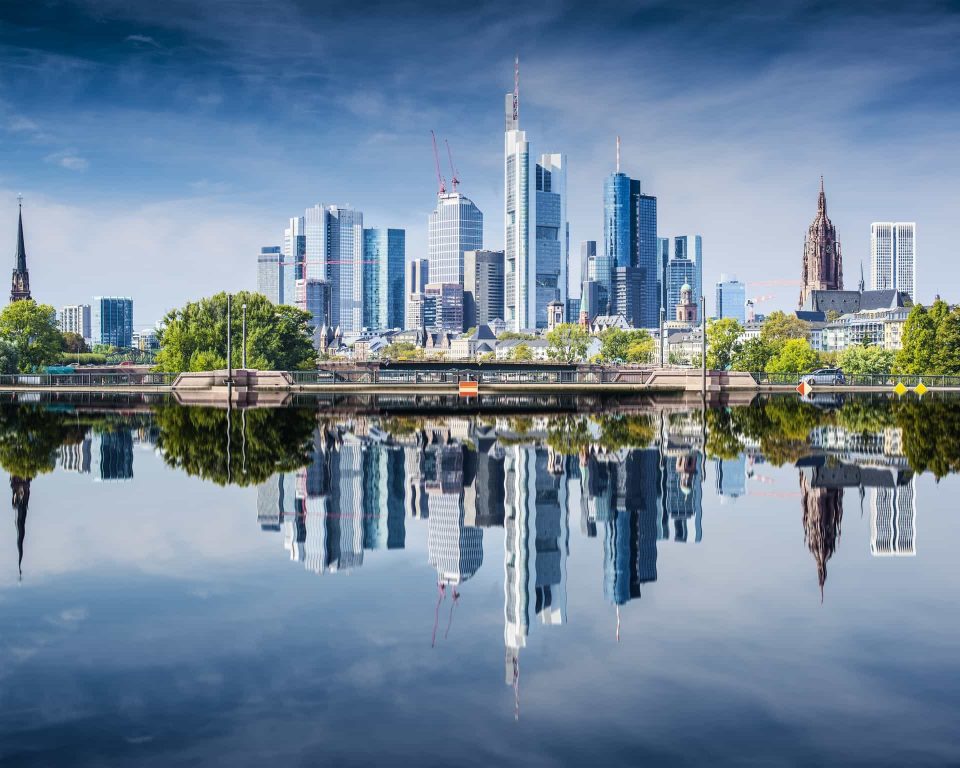 Things to do in Frankfurt

The de-facto financial capital of Germany, Frankfurt is more famous as a city of business and finance than for pleasure. It is home to the international headquarters of some of the world’s largest institutions and companies in Europe. However, this doesn’t mean that Frankfurt does not know how to have fun, or doesn’t have any features, which would interest the curious traveler.

Home to people from different parts of the globe, Frankfurt is truly international and diverse, and has developed and adapted to serve the various nationalities abiding in the city. It is worth taking a look at some of the hidden gems at this location; from scenic strolls to secret acoustic gigs and wine-infused tours, there is much to do in Frankfurt. 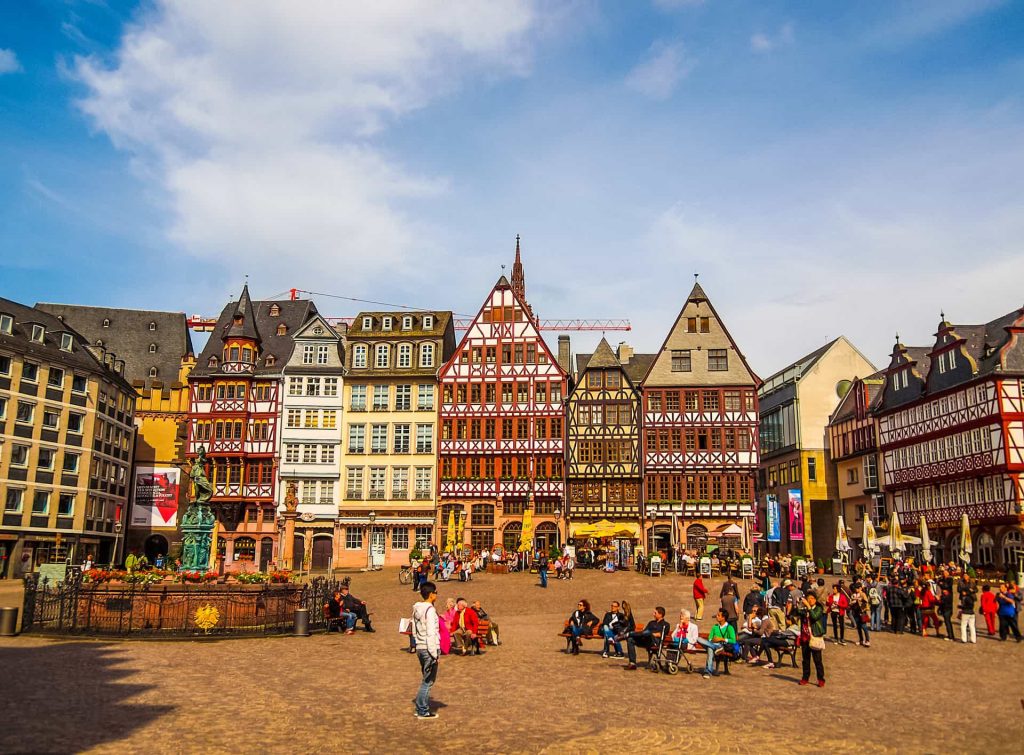 Recreated at the turn of the last century, after the destructions of World War I and World War II, Frankfurt’s old town, also known as the DomRömer Quarter, lies along the 75,000 square foot area between the medieval Römer and the Cathedral Square. The ‘new’ old town consists of replicas like the Stadhaus community and conference centre as well as 20 new buildings. This once bombed-out area was re-opened in May of 2018 and is a great way to learn about the history of the city. With its cute shops, cafes and museum, the old town is a lovely location for a long, scenic stroll. 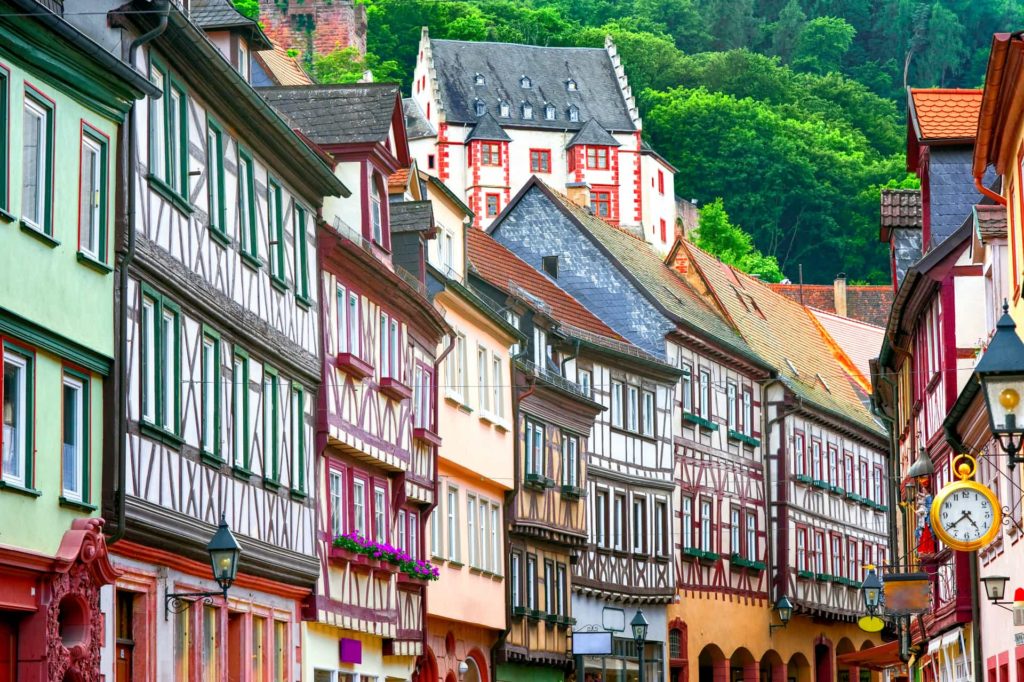 The picturesque upper Berger Strasse is where you will find the best of Frankfurt’s cafe culture, especially on Wednesdays and Saturdays when there is a farmer’s market by the Bornheim Mitte metro station. If you head north, away from the city centre, among the numerous al fresco restaurants and bars, you will find original half-timbered buildings from the 1600s. This area is especially beautiful at night when the sun sets and the street is awash with the glow of lanterns and candles and you can enjoy a warm German meal or ice cream from one of the many ice cream parlors. 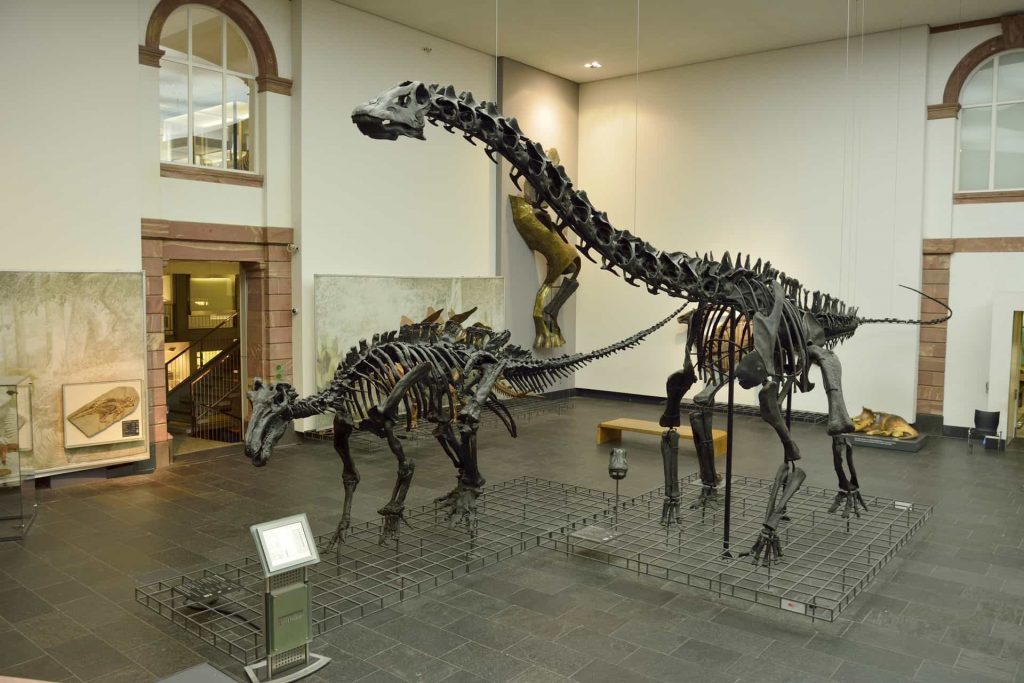 One of the largest museums of natural history in Germany, the Senckenberg Museum in Frankfurt is home to thousands of exhibits which range from Egyptian mummies and fossils, to the largest dinosaur skeleton in Europe, the museum’s most famous attraction. Senckenberg Museum is a must-visit tourist attraction which is much visited and enjoyed by adults and children alike. 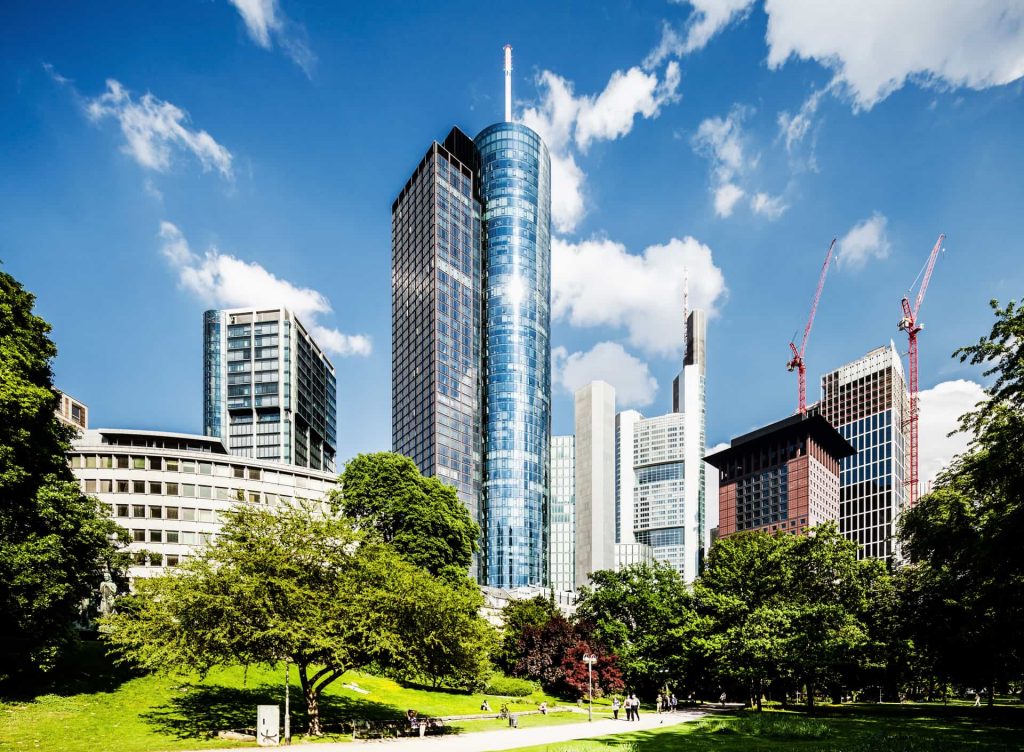 The best way to see a panoramic view of the city of Frankfurt, the main Tower is the only high-rise in the city that is open to the public. It is named after the river Main, which runs through the centre of the city.

Visitors do not have to climb, as there is an elevator, which takes you to the top to a 650-feet high platform where you can have a meal and a drink at the Main Tower Restaurant & Lounge, while enjoying the views of Frankfurt’s skyline through one of its 26-foot panoramic windows. 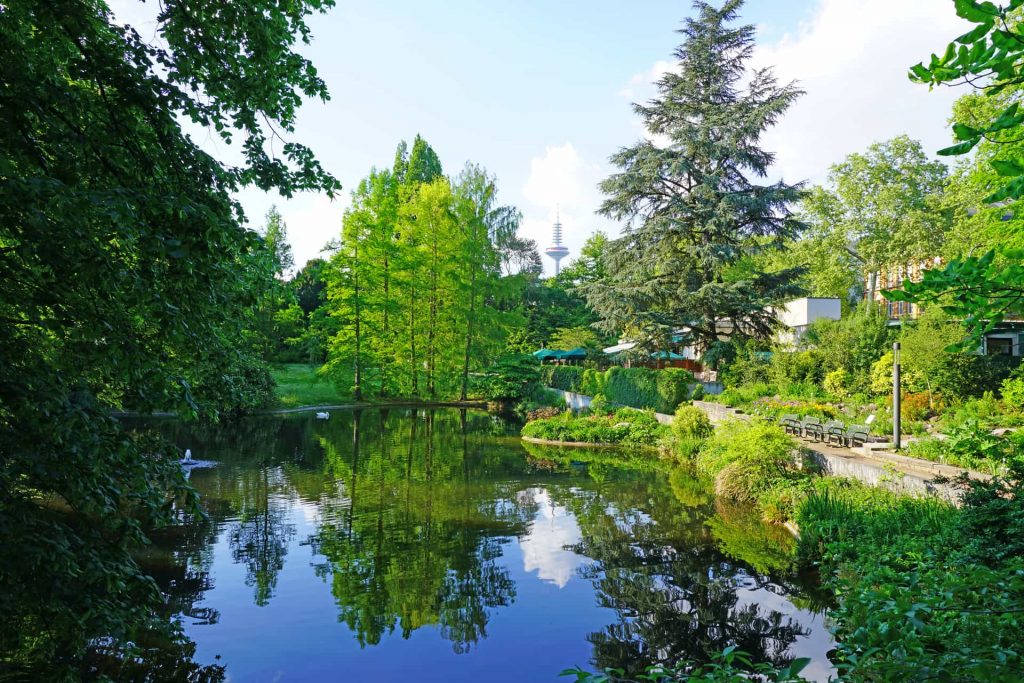 If you love flowers and horticulture, then you will enjoy Palmengarten, the Botanical Garden which houses exotic plants of the African savanna and rain forests and also magnificent flower gardens of Europe. Visitors to the Palmengarten will find 6,000 different botanical species from all around the globe, spread across various greenhouses and 50 open acres. It is a haven of colour, beauty and sweet smelling fragrances for its guests to enjoy.

There are several dishes in the city without which a dining experience would be deemed incomplete. Some of which include, Gruene Sosse, Johann Wolfgang von Goethe’s favorite dish, which is a combination of oil and eggs along with a variety of herbs. Cover meat and potatoes in this sauce and you have a mouthwateringly delicious meal.

Another local favourite is the Frankfurter Wuerstchen; a tasty sausage served with Sauerkraut or a Broetchen (roll), with mustard. Pair this with Apfelwein, a hard apple cider which Hessians created many years ago when it was difficult to get wine, and you would have had a true German dining.

Sweet tooths will appreciate the crown cakes (Frankfurter Kranz), sprinkled with crispy nuts and fruits. And on Christmas, Bethmans (Bethmännchen) appear on the shelves - small buns with marzipan.  All this and much more is expected of those who decide to buy a ticket to Frankfurt am Main. 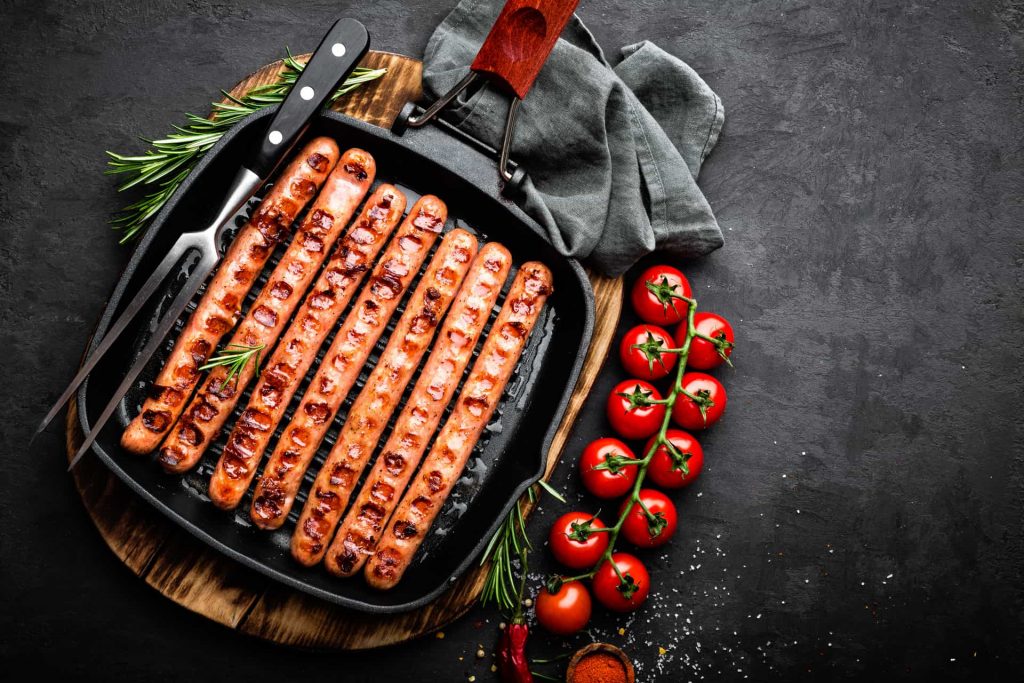 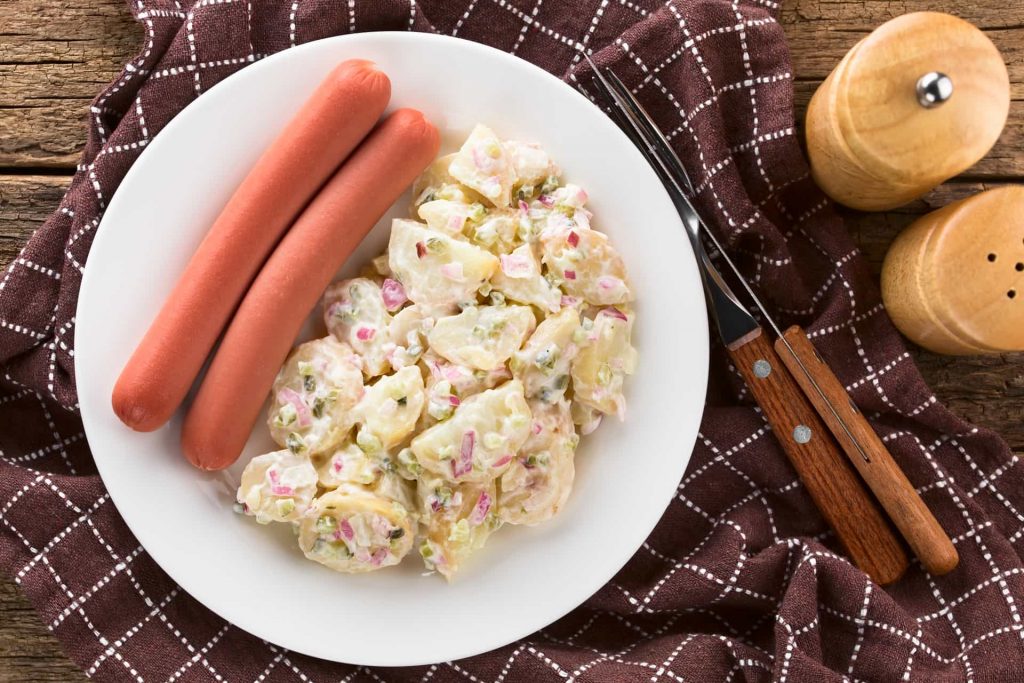 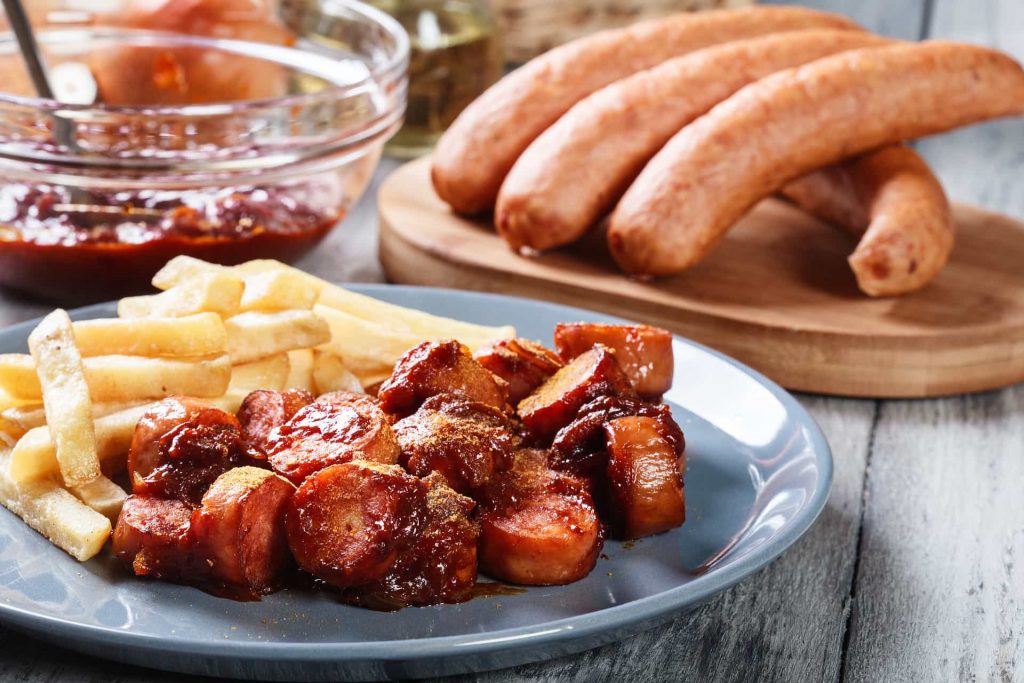 We selected a handy services, that might be also helpful for you. 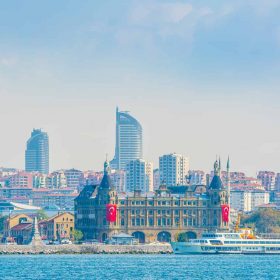 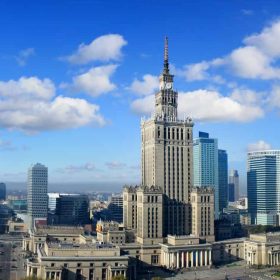 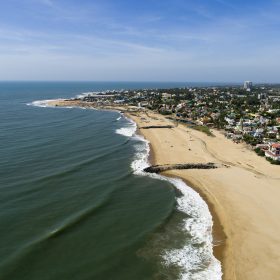