August 1
Find best flights
Only 1 child aged 0-2 per adult is allowed!
Share this

Learn more about flights to Zurich.
Crazy Llama will help you quickly and easily choose and buy tickets to Zurich.​ 🛫

Located 13 km north of Zurich downtown in Winkel, Oberglatt, Opfikon, Kloten and Rümlang municipalities of the canton of Zürich, is the Zurich Airport (ZRH). Also known as Kloten Airport, it is the main hub for Swiss International Airlines and the largest international airport of Switzerland. The airport which serves domestic and international flights, features three terminals. Transit to and from the airport is by trains, trams, buses, taxi or car rental.

The best time to explore the city
from June to August
Prices
Hotels from $52.53
Temperature
Zurich is coldest in January when the average temperature is 0°C, and the hottest in July when temperatures average 19°C. The most daily sunshine is in August at 7hrs a day.
Precipitation
The average annual rainfall for Zurich is 1086 mm. August is the wettest month, receiving up to 120 mm of rain.
The weather 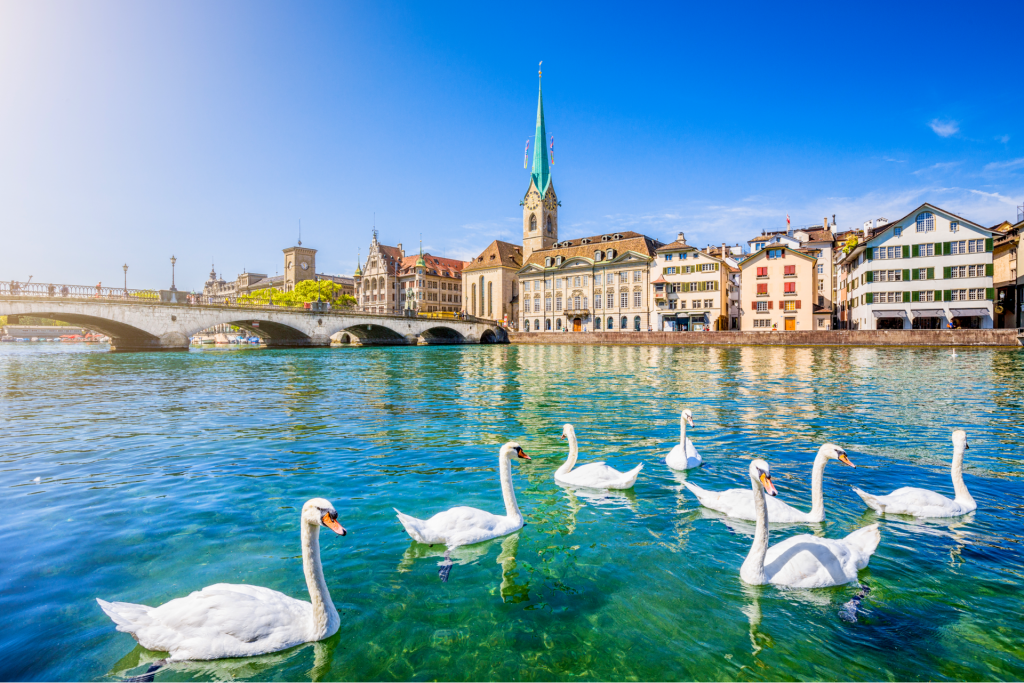 Situated at the northwestern tip of Lake Zurich in northern Switzerland

Zurich is a global centre of finance and banking, and also the largest city in Switzerland. Surrounded by the Alps and picturesque nature, the city is quite different from the other cities in the country and is one of Europe’s best destinations for its quality of nightlife. 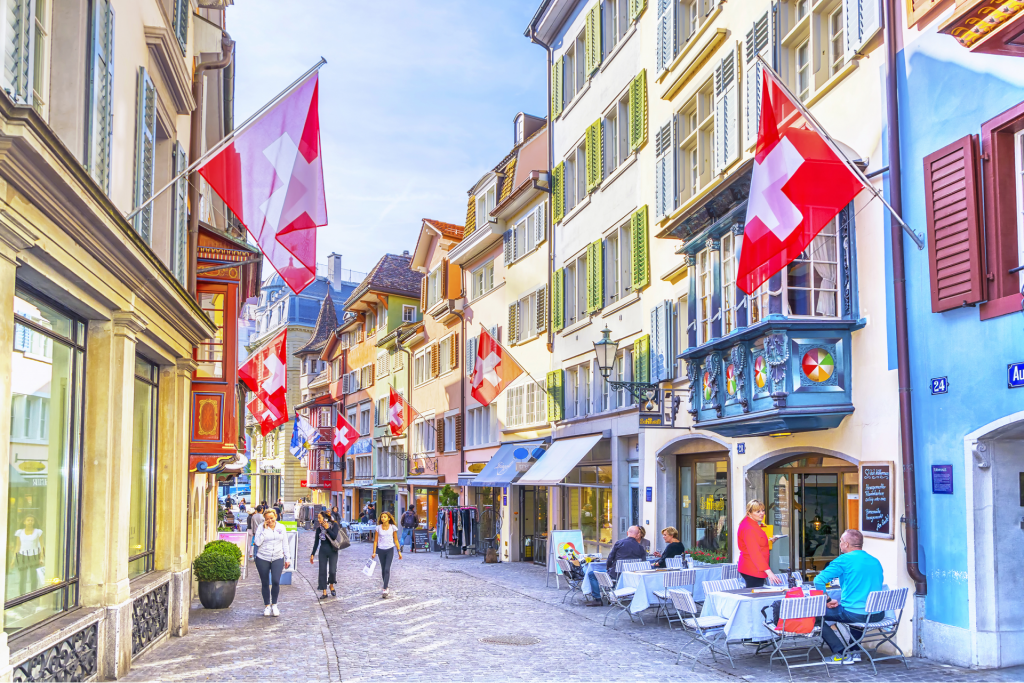 Things to do in Zurich

A beautiful city nestled between Lake Zurich and the Limmat River, Zurich is often seen as the gateway into the Alps.  With its medieval architecture, an impressive Opera House, continuous festivals and events, as well as over 50 museums, there is always a lot to see and do in and around the city of Zurich. The city’s residents are a healthy mix of business professionals and young students alongside a sprinkle of tourists, and there is something for everyone. Often ranked as one of the world's most inhabitable cities, Zurich is a pristine location that effortlessly combines nature with urban life for a most unique experience. 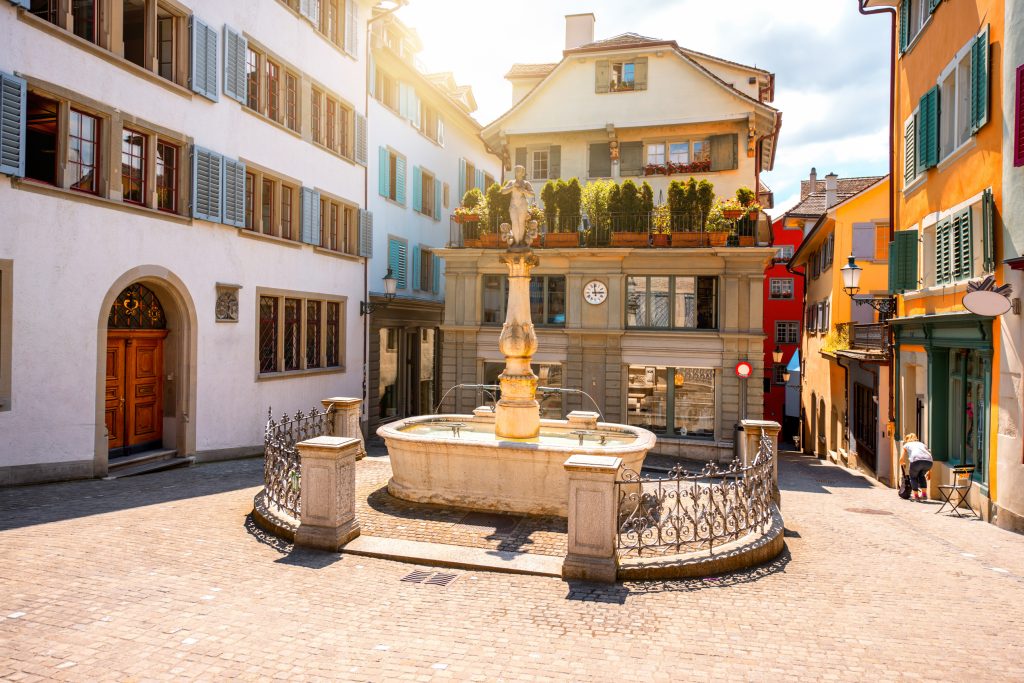 Situated on both banks of the Limmat River, Zürich’s historic centre is the place where much of the city’s nightlife, culture and shopping is located.  From winding medieval streets, to historic monuments such as the 17th-century Town Hall and four medieval churches, Altstadt is a great place to explore while enjoying its various cafes, squares and little shops.

To enjoy this lake, which snakes past the Pfannenstiel in the east of the city, to Albis chain in the west, you could walk the three-kilometre promenade which begins at Bellevue and extends all the way to Tiefenbrunnen. This is just one of the many walkways created around the shores of the lake since the 80s. There are many ways to access the lake to enjoy the cool breeze, take a cruise or the sights of the hundreds of yachts at Uetliberg in the summer. 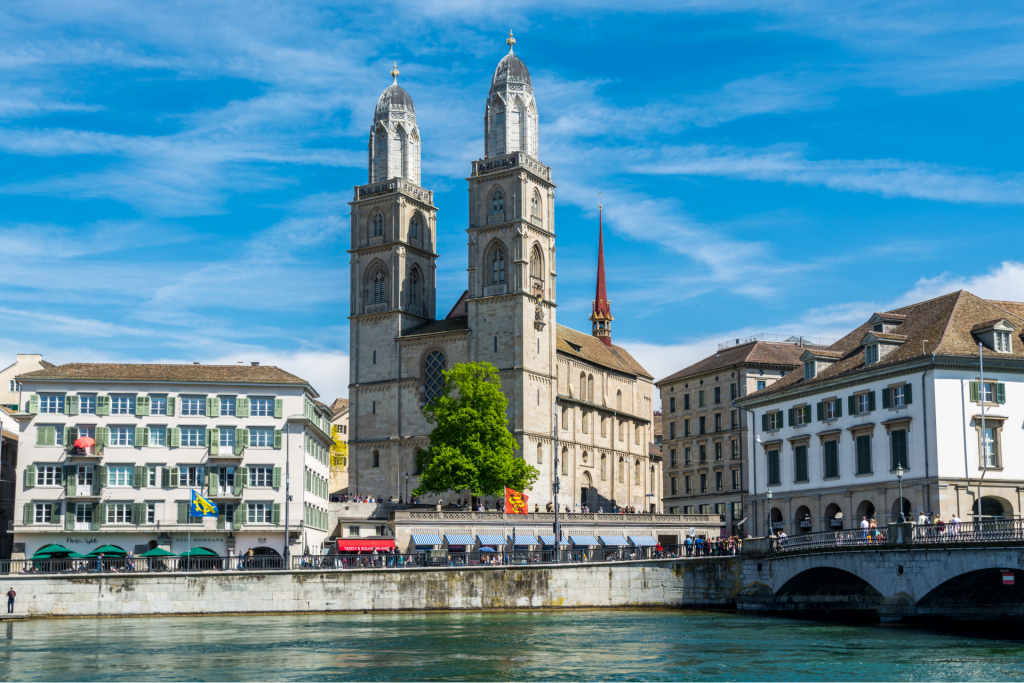 Originally a monastic church, this Romanesque church with its two towers was built from the 12th century, over a period of about a hundred years. The Grossmünster is one of Zurich’s most prominent landmarks, and served as ground zero when the Reformation in Switzerland was initiated by Huldrych Zwingli, and in 1523 the church broke away from the papacy. The medieval architecture of the church as well as the museum inside and other facets like the crypt, which is the oldest part of the building, make it a worthwhile visit while in Zurich. 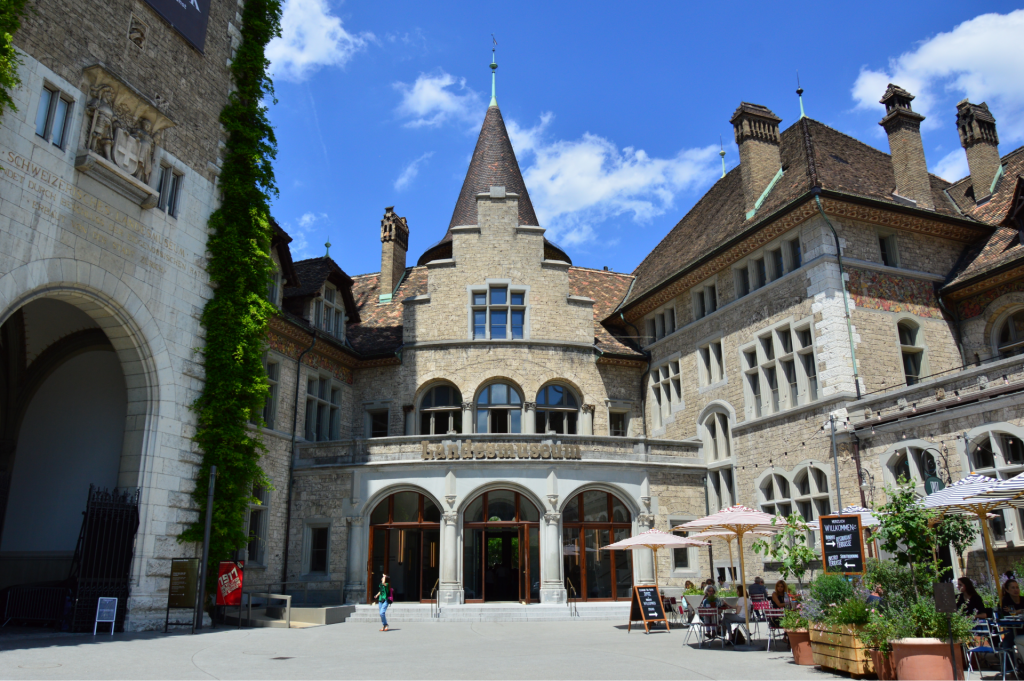 A great way to take in the history and culture of the Swiss, is to visit this museum which holds the largest collection of historical artefacts in Switzerland.  Housed in a Renaissance Revival palace dating back to 1898, visitors will find artefacts, pottery and prehistoric weapon tools from medieval times, all through to the 20th Century, Gothic art, as well as carved altars, wooden images and triptychs from churches and chapels around the country.  There are also collections from Zurich’s old armoury, and Swiss art movements in a gallery.

With influences from Germany, France and even northern Italy, Swiss cuisine is delicious and usually has bases of potatoes, Swiss cheeses, and other traditional Swiss ingredients.

A few you might encounter while in Zurich include the Swiss fondue, which consists of melted cheese, garlic and wine usually served in a communal container and used as a dip for olives, bread, onions and pickles.

There is also the Zurich ragout, which is a white sauce of white wine and mushrooms and a variety of flavourings. It is usually served with the popular rösti.

Another dish is the Zürcher Geschnetzeltes, a Zürich style sliced meat made usually of veal or veal liver in addition to cream, onions, white wine and brown sauce and served with rice, noodles, or rösti. 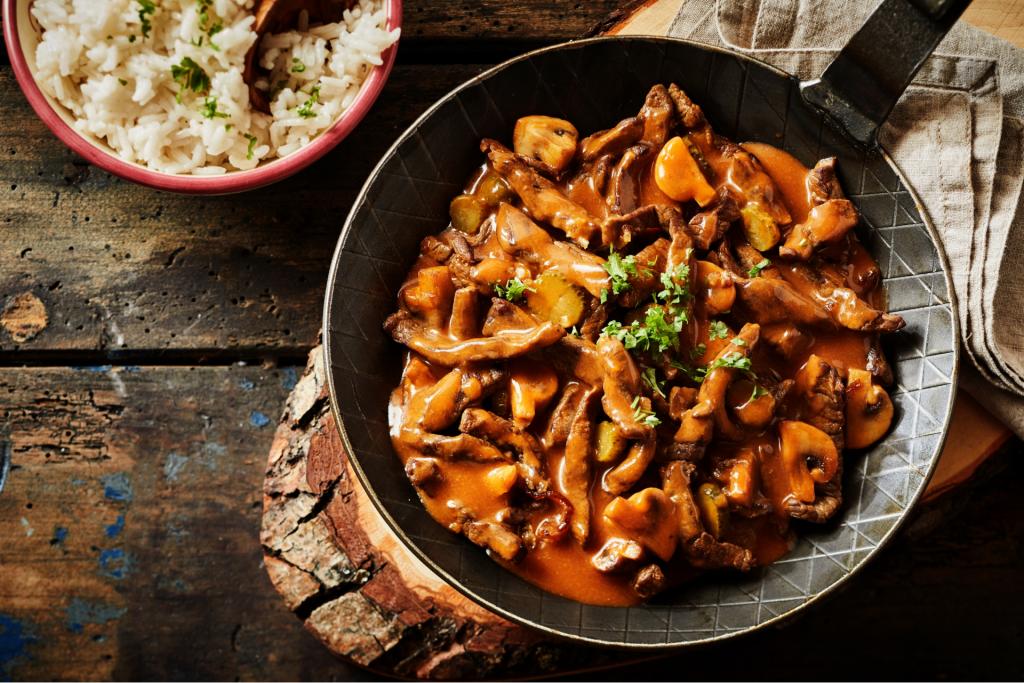 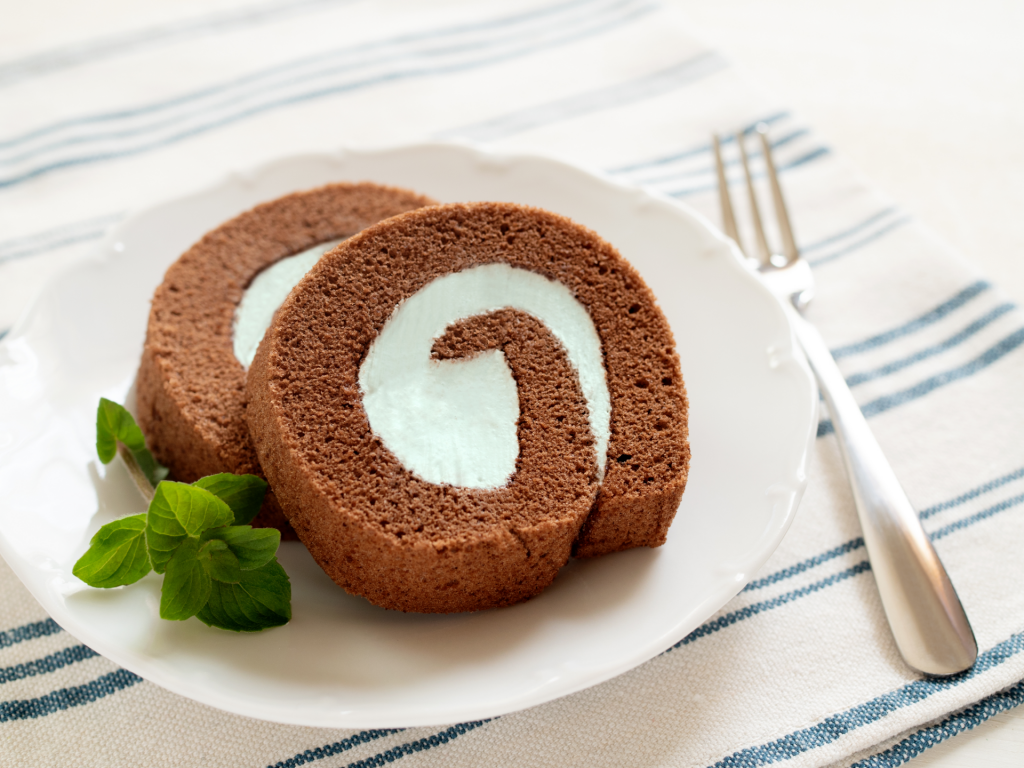 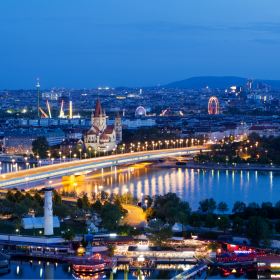 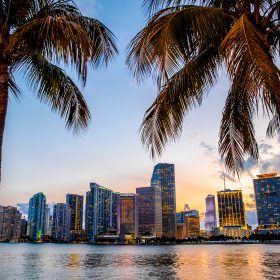 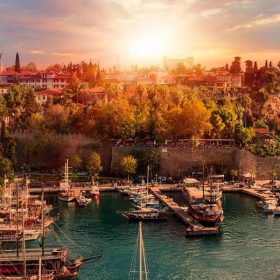