July 18
Find best flights
Only 1 child aged 0-2 per adult is allowed!
Share this

Nursultan Nazarbayev International Airport (TSE), can be found 16.7 km southeast of Nur-Sultan(formerly Astana). The airport has two terminals, one for international flights and the other for domestic. The new international terminal, T1 was opened in 2017.  Transit from the airport into the city is by bus, taxi and car hire.

The best time to explore the city
between March and November
Prices
Hotels from $15.00
Temperature
Nur-Sultan is coldest in February when temperatures average -16.6 °C, and the hottest in July when the average temperature is 20.7 °C. The average annual temperature is 2.2 °C.
Precipitation
The average annual rainfall in Nur-Sultan is 308 mm. February is the city’s driest month with an average rainfall of 12 mm. July is the wettest month with up to 53 mm of rain.
The weather

Nur-Sultan (previously Astana) has long cold winters as well as warm summers and is best to visit between March and November when the weather is mild. 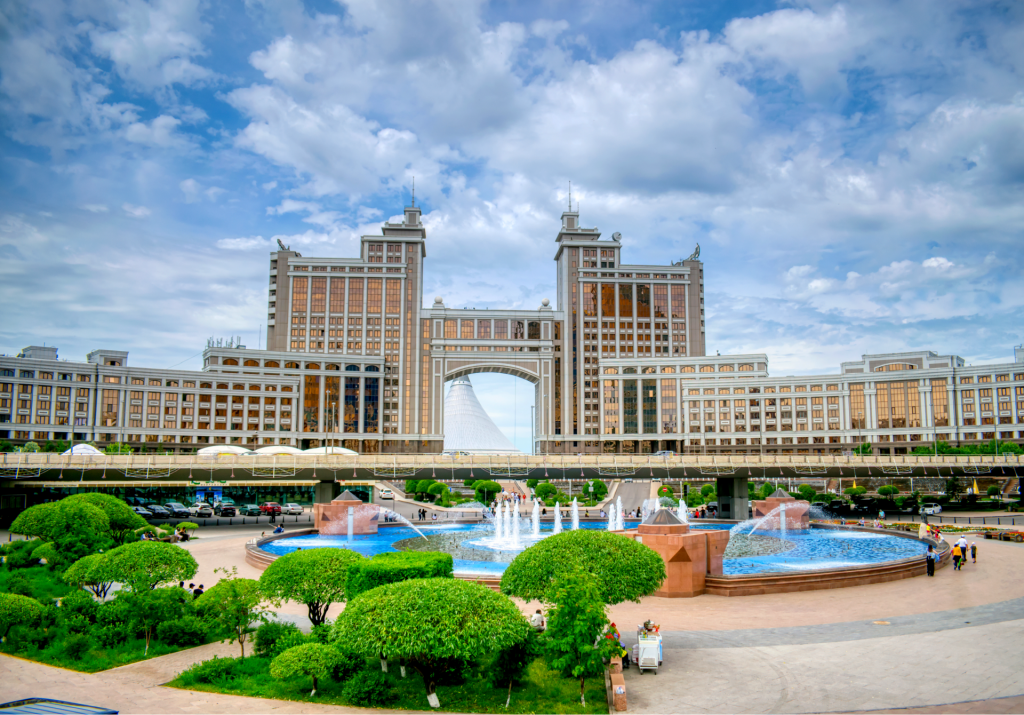 Astana was named Nur-Sultan after the first president of Kazakhstan, Nursultan Nazarbayev, in March of 2019.

It was also made the capital of Kazakhstan in place of Almaty, in 1998.  Located in the northern part of Kazakhstan, along the Ishim River, Nur-Sultan is characterised by a vast urban area, efficient transport infrastructure, and a favourable environment for residents as well as visitors to the city. 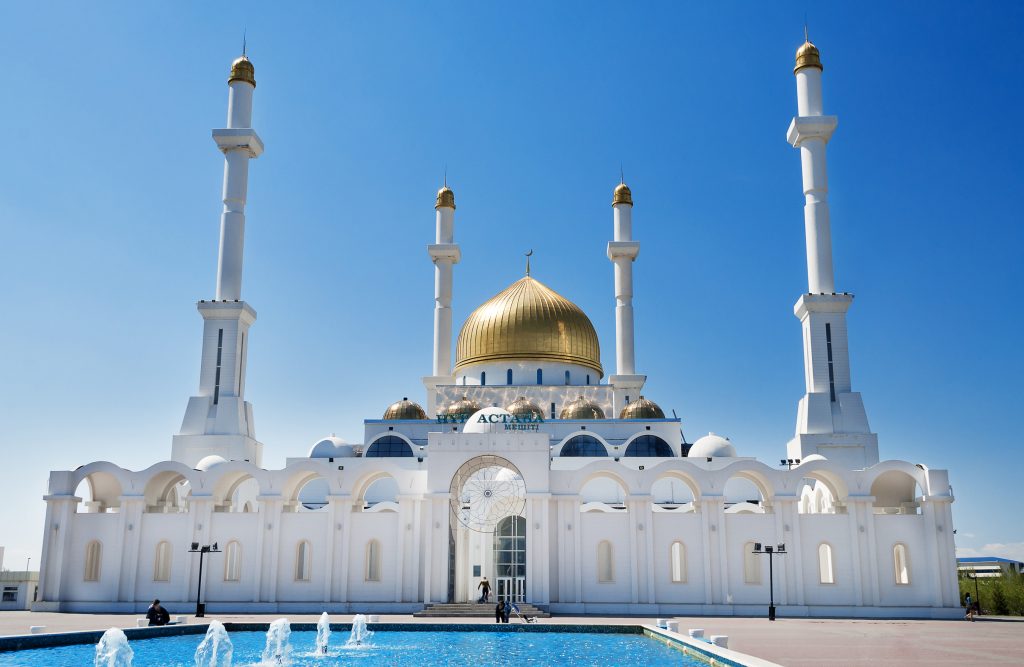 Things to do in Nur-Sultan

The newest capital city in the world, Nur-Sultan is a hub of innovation with an impressive and futuristic vision. With hints of its Soviet presence still visible on the right bank, the city shows much promise for the future and offers quite a lot to the visitors.

From the panoramic views of the observation deck of the 97m-tall Bayterek tower, to the Presidential Palace with its massive blue-and-gold dome. There is also the Khan Shatyr Entertainment Center, which has much to offer and many more. With its impressive architecture and attractions, Nur-Sultan is proving itself to be a promising up and coming world capital which will grow to attract even more visitors over time. 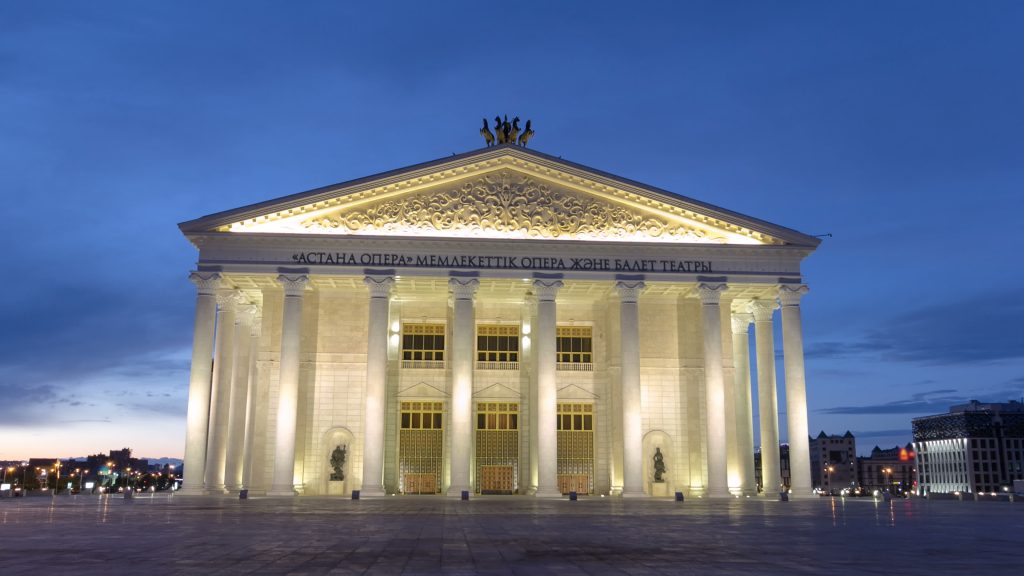 A direct contrast to the modern and glitzy left bank, Nur-Sultan’s Old Town on the right side has its own brand of appeal. With friendly café and sidewalks, snack stands and lively locals, it is worth a stroll or walking tour to explore this part of the city. The right bank is also much cheaper for shopping and accommodations to those travellers on a budget. While the left bank might feel cold and impersonal sometimes, the right bank is always welcoming and bustling with life. Well worth a visit while in the city.

The Nur Alem pavilion-museum, left after the game changing event that was the Expo 2017, is a landmark legacy that represents the coming together of art, science and technology in an exchange of ideas for the future. Though a symbol of past events, Nur Alem stands tall as the biggest fully spherical building in the world. A museum seven stories tall, dedicated to renewable energy as well as various other captivating displays.

Modern Nur-Sultan deserves a walking tour to explore its many impressive and futuristic buildings, significant to the change continues to take over the city. Asides popular locations like the Bayterek monument and the enormous Khan Shatyr, there are others which are must visits while in the city. These include City Park, the Palace of Peace and Reconciliation, as well as the State Theatre of the Opera. 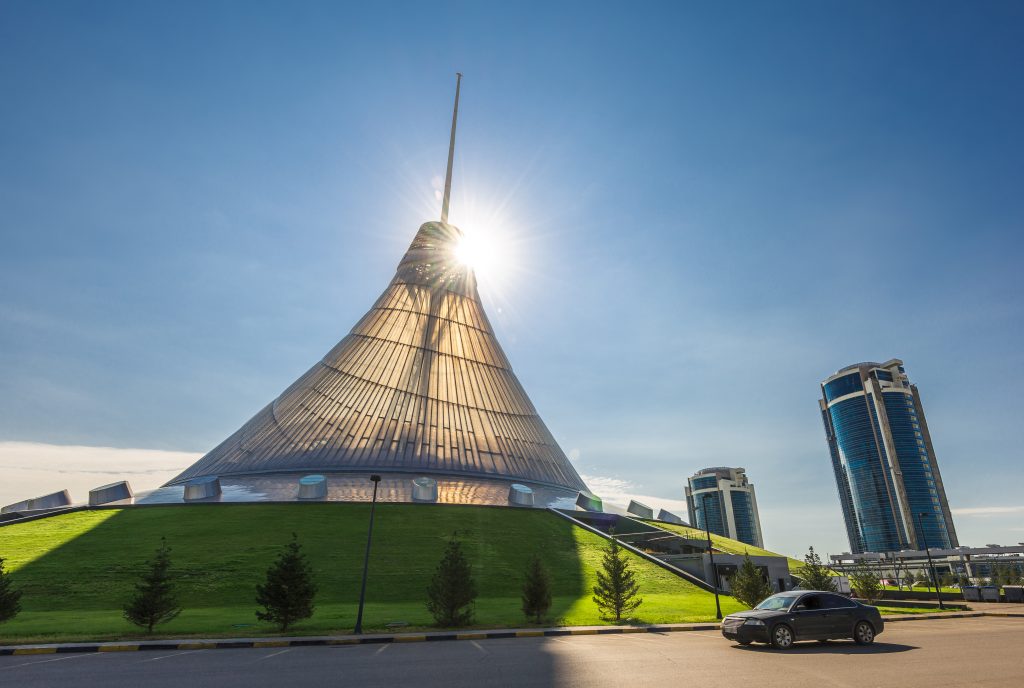 The world’s largest tent, translucent Khan-Shatyr is truly impressive; the size of ten football pitches, standing 150 m high. It is a worthy sight to behold. Within it visitors will find attractions such as a monorail and beach club, palm trees, all within a mini theme park. There is also a food court, shopping mall and range of restaurants among other attractions. The tent has a consistent temperature throughout the year, making it incredibly comfortable for visitors.

Mostly centred around mutton and horse meat, Kazakh cuisine is influenced by Central Asia as well as parts of Eastern Europe.  Some foods you can expect to encounter include laghman, which is a Central Asian noodle dish, pelmeni dumplings, which is made out of unleavened dough, stuffed with various kinds of meat, such as pork, lamb or beef. You might also be encouraged to try Kumis, a fermented diary drink of much importance to the people of Central Asia. Kumis has a mild alcohol content, and while similar to kefir, it is made from mare’s milk. 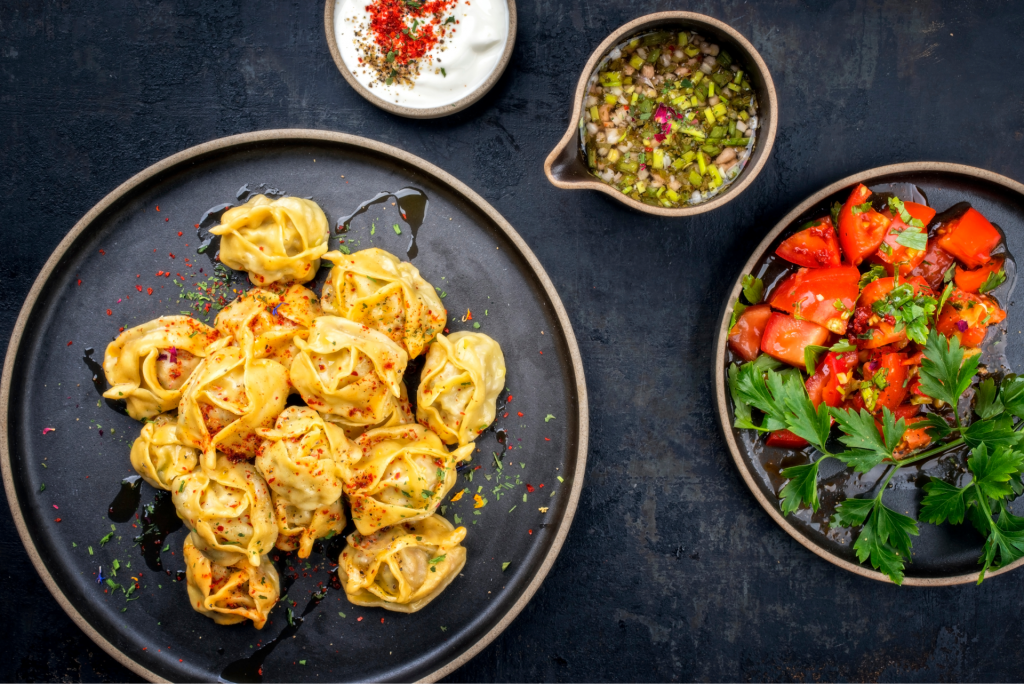 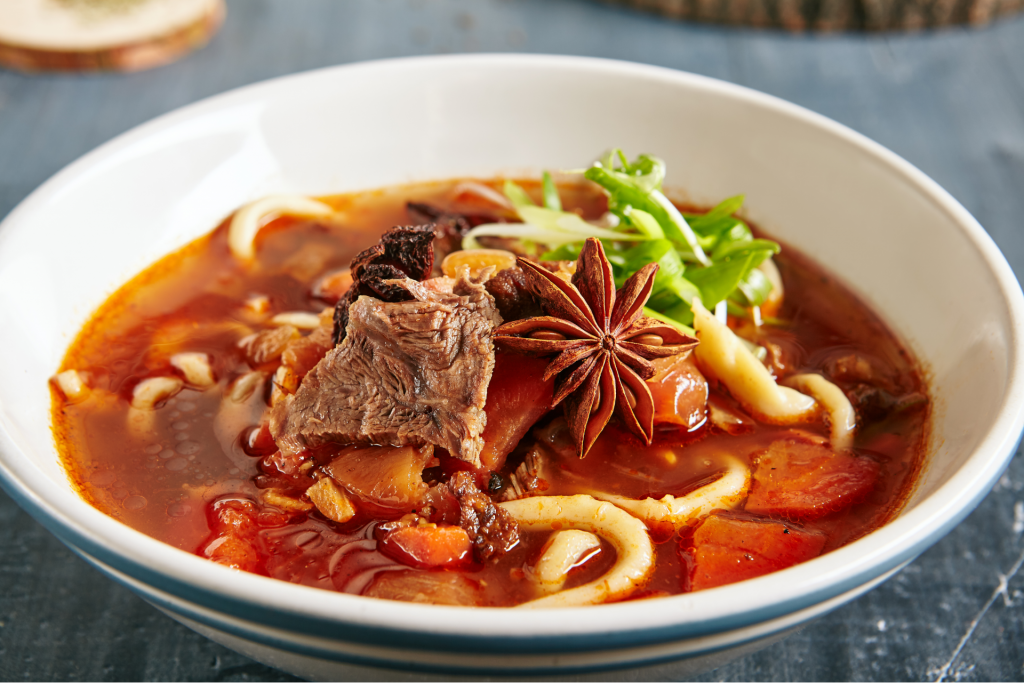 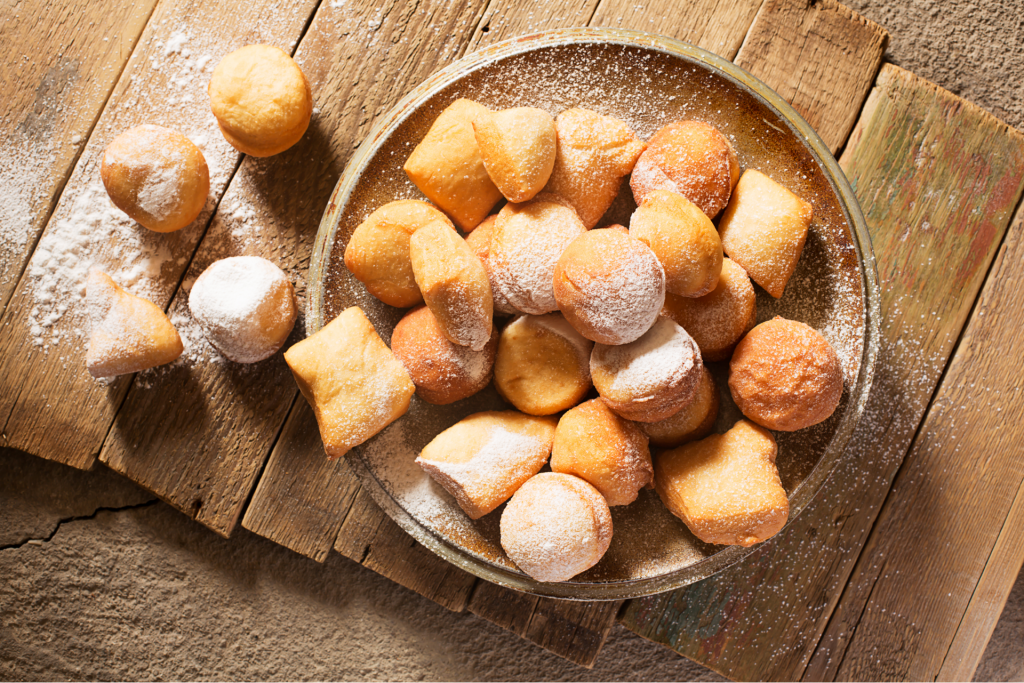 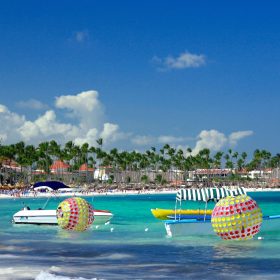 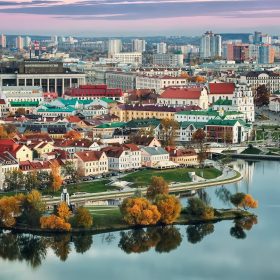 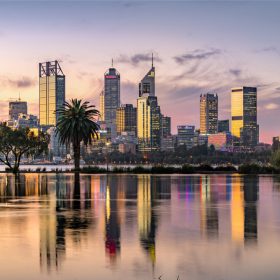